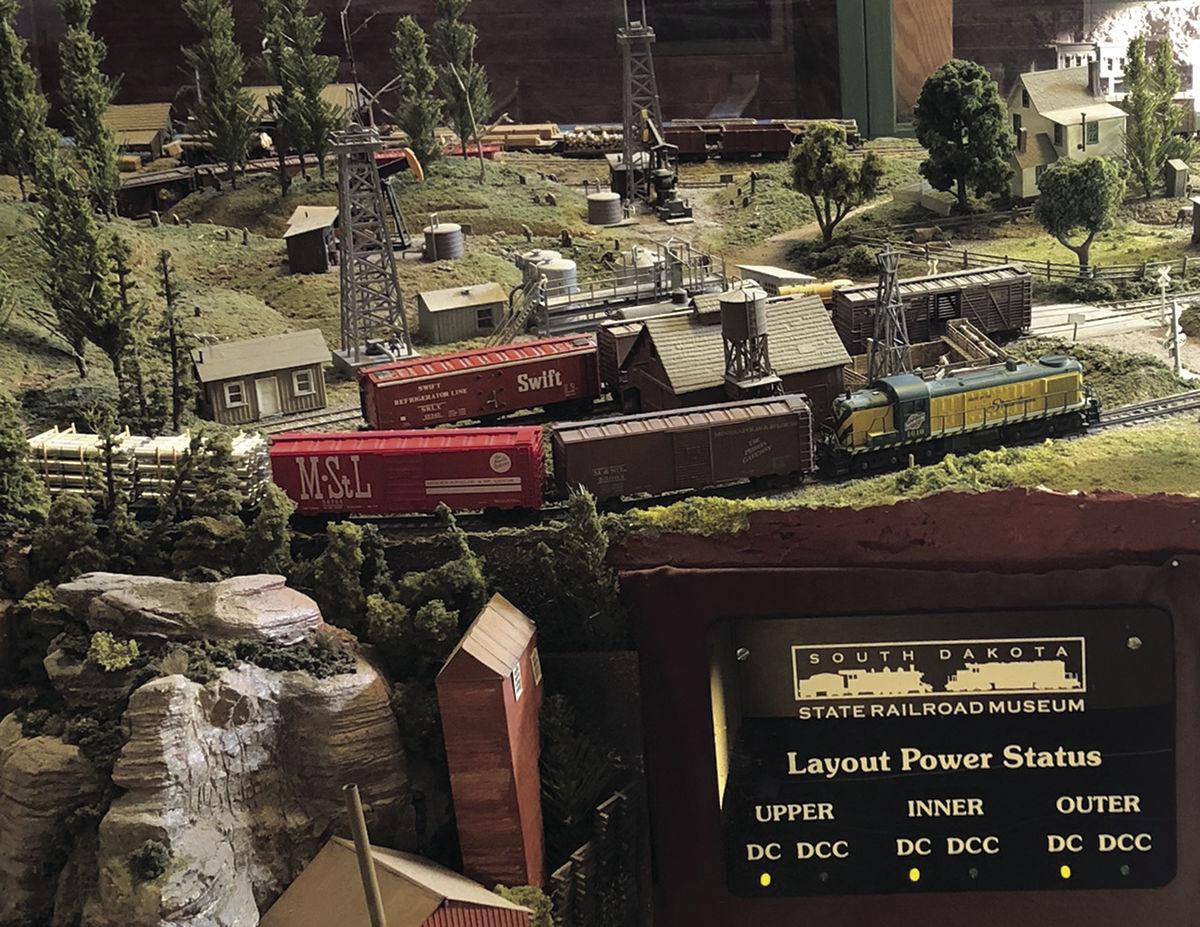 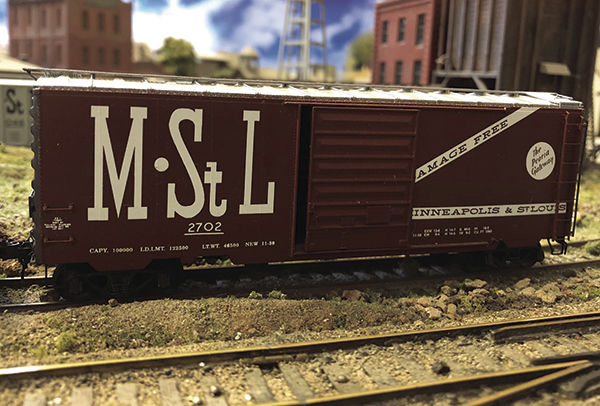 HILL CITY — The South Dakota State Railroad Museum (SDSRM) in Hill City received an early Christmas gift earlier this month from one of its members, Herb Aslesen, of Spearfish: a donation of more than 150 model trains.

“He literally just overwhelmed me with the amount of equipment he wanted to give me because it’s pretty much his entire collection,” said Rick Mills, curator for the museum.

Mills said he first met Aslesen in the late ‘80s while they were both attending meetings with the Northern Hills Railway Society (NHRS) in Deadwood.

“That’s when I really came to appreciate and basically just drool over his custom-made railroad equipment,” he said.

The railroad museum is located at 222 Railroad Ave., in Hill City next to the 1880 Train. Its mission is to educate its visitors about the railroads of South Dakota, and how the railways helped to shape the state. It also acts as an archival resource for railroad researchers the world over. Inside are intricate working models of trains.

“This is the ideal location in South Dakota to tell our South Dakota story,” Mills said. “It’s been an absolute blessing to not only share South Dakota history, but also South Dakota railroad history to the folks that come here.”

Aslesen, who grew up in Watertown focused the bulk of his attention on the Minneapolis and St. Louis Railroad (M&StL), which he said used to run directly past his home as a child.

“When I was a kid I used to love to watch the freight trains come through town because they were all sorts of things,” he said. “It wasn’t like a mainline (railroad) Union Pacific or Great Northern or something, but it was very interesting to watch … there were box cars, and there were tank cars, and there were open cars and you could see the load.”

Aslesen left Watertown in the early ‘50s to attend North Dakota State University in Fargo, where his appreciation for trains grew from a boyhood past time to a serious hobby.

“The amount of detail and exactness is what really interested me,” he said. “These are not toys anymore, they became scale models and to be honest, in 1953 they were pretty crude.”

Aslesen said it was difficult to find model kits for the M&StL, so he had to learn how to customize his trains.

“I would start out with a kit, or a ready built model and redetail it so it was correct,” he said.

Aslesen said as the hobby grew in popularity in the ‘60s and ‘70s, model manufacturers began creating kits with decals and supplemental parts for the lesser-known railroads, which helped serious collectors like him, but the cost can be prohibitive.

“Nowadays you can buy those cars and they all have the detail on them. Beautifully done, but the average cost is probably $50 per car and a lot of them go even higher than that,” he said.

After graduating from college and establishing his career as an architect back in Watertown, Aslesen came to Spearfish where he took a position with Brady Engineering. He met his wife in the late 80s and moved into a house, which didn’t have a basement – something, Aslesen said, an avid model train enthusiast cannot go without.

“Well you don’t put a basement under an existing house, so I built a garage with a second floor and the second floor, I called it my basement,” he said with a laugh.

Aslesen began building a layout in his upstairs basement, but when the company he worked for relocated to Rapid City, he made the decision to go into business for himself as an architect. His hobby hut became his home office and Aslesen moved the majority of his collection to layout set up by the NHRS in Deadwood. He never stopped building, however.

When Aslesen saw that a model company was making diesel models of M&StL engines, he was excited to get his hands on one until he found out that they had sold out before they even hit the market. Fortunately, he had met a man by the name of Gene Green, who worked on a photo book about the Chicago North Western Railroad, which had purchased the M&StL back in the ‘60s.

“They sent him models for his approval before they actually put them into production. (Green) said, ‘the company instructed me to destroy them,’ after he approved them,” he said, ‘I didn’t destroy them … I’ll send them to you, but don’t ever tell anybody about it,’ Gene has passed away now, so I think its safe,” Aslesen said with a laugh.

As he’s gotten older, Aslesen said he wants his life’s hobby to go to a place were it will be appreciated and can be admired. Some of his collection has found it’s way back to the Codington County Museum in Watertown.

“I gave them some locomotives and some cars that represented the railroads that served Watertown,” Aslesen said.

The rest of his collection, which includes not only models, but books and photographs now resides at the SDSRM.

“Just a tremendous windfall for the museum and such a heart-felt donation,” Mills added about Aslesen’s gift.

“I get a lump in my throat just talking about it, not only because it’s such a unique and thorough collection, but also just that he’s been such a good friend over the years.”

For more information about the South Dakota State Railroad Museum visit www.sdrm.org, or call Mills at (605) 574-9000.