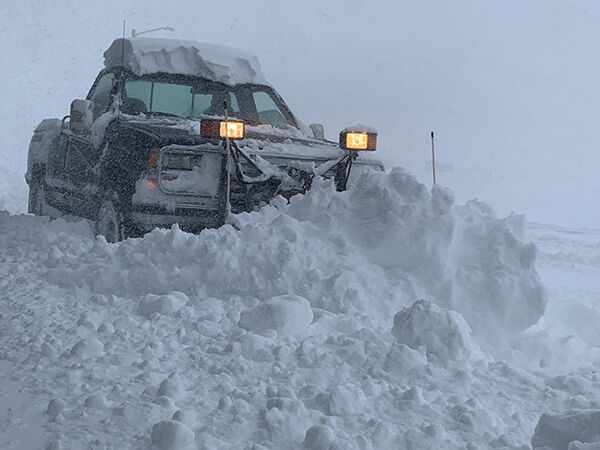 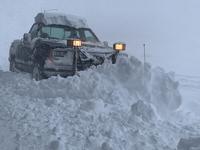 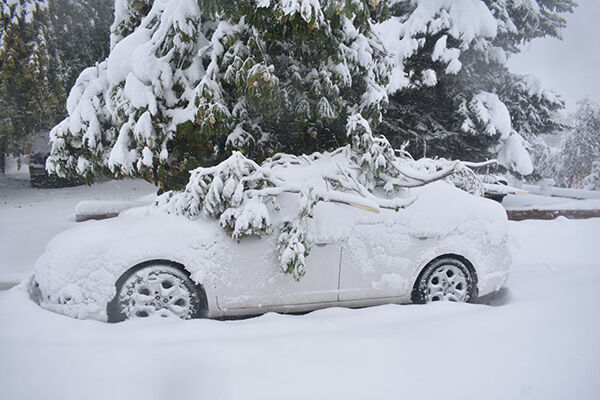 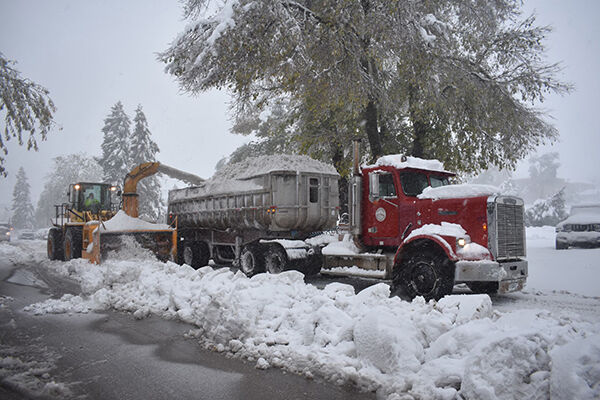 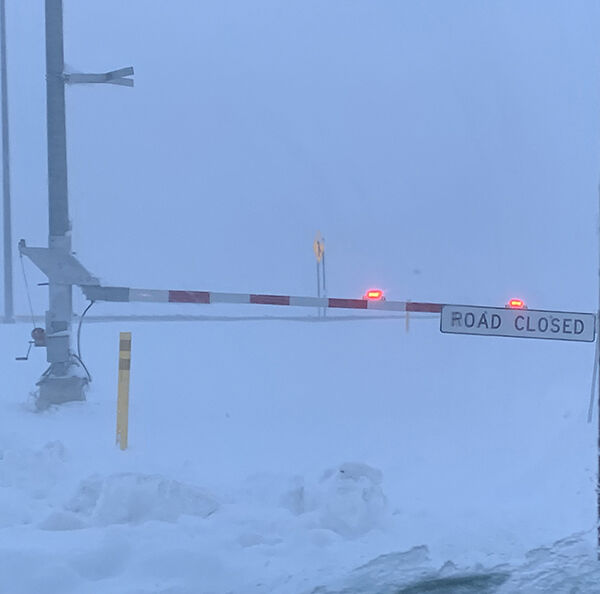 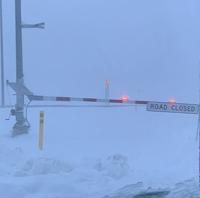 The heavy, wet snow fell on trees that had yet to shed their leaves. The weight caused branches to break under the pressure. And the snow has not let up.

Locations throughout the Northern Hills were expecting another 3 to 6 inches of snow Wednesday on top of more than a foot of snow that had already fallen in most areas.

In Sturgis, public works crews were on duty about 3 a.m. trying to keep main roadways open.

“We’re doing a path in and out trying to get to everywhere for safety, but it’s filling in as fast as can plow,” Sturgis Public Works Director Rick Bush said about 9 a.m. Wednesday.

The city issued a no-travel advisory because vehicles were getting stuck and clogging city streets so plow operators were not able to get through.

Bush said crews would not plow curb-to-curb Wednesday because the snow is likely to disappear quickly with forecasted highs in the 50s and 60s by the weekend.

Bush said he was caught off guard as were many thinking Sturgis and outlying communities in the Hills would only get rain from the storm.

“We were more worried about flooding,” Bush said.

Dave Hintz, meteorologist in charge at the National Weather Service in Rapid City, said the Hills had more cold air come in than the models were forecasting.

He said that areas in Spearfish, Sturgis and eastern Wyoming tallied from 11 to 15 inches of snow from Tuesday through Wednesday morning.

But areas just several miles from Spearfish and Sturgis only saw rain – and lots of it. Areas around central Meade County were reporting more than 2 inches of precipitation from the storm. The dry ground seemed to just drink in the moisture.

Hintz said the storm will transition from a snow event to a wind event Wednesday as the system moves north and east, and winds will pick up out of the northwest. Areas east of the Black Hills could see gusts of 60 mph and more, he said. But even in the Hills and foothills, gusts could be as high as 45 mph.

The bad part is that will be an additional stressor on trees that are already burdened by the weight of heavy, wet snow.