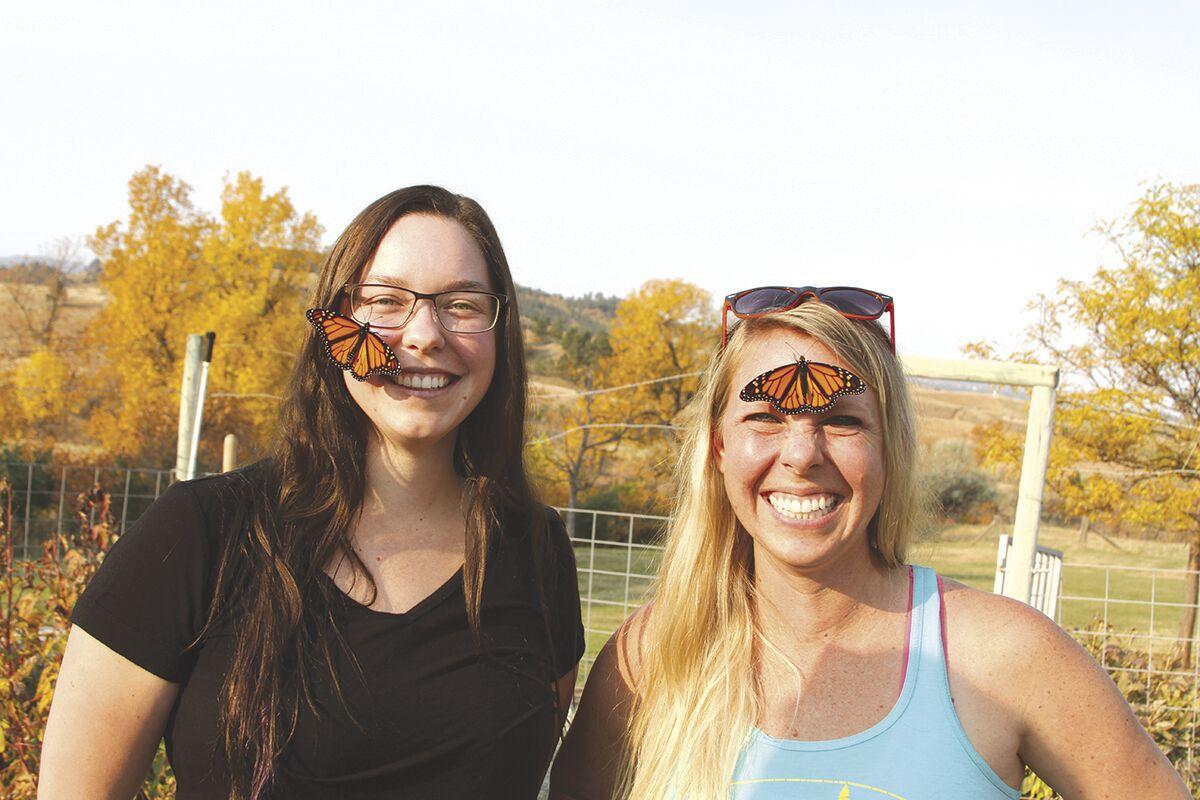 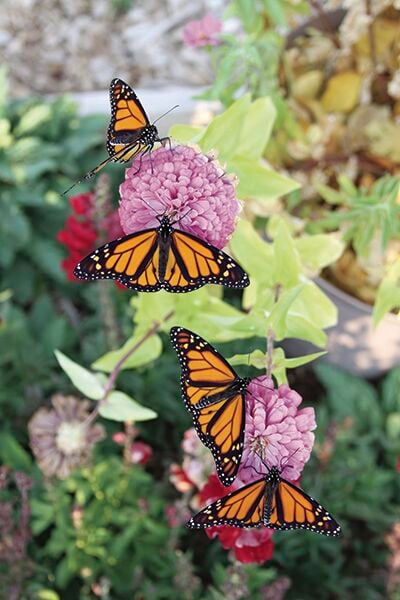 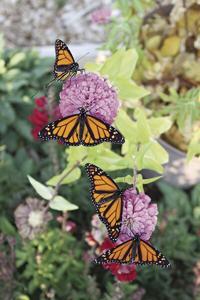 SPEARFISH — In late September the news of planned construction on the Kathryn Johnson Life Sciences Laboratory at Black Hills State University sent one student scrambling to rescue the chrysalises of monarch butterflies.

Butterfly enthusiast Kara Whalen, 28, of Spearfish, who is studying nursing at BHSU saw what she believed was a monarch caterpillar while walking on the sidewalk near the building in mid-September.

After class she returned to the bushes and started searching the milkweed – the only plant monarchs will eat.

“They were absolutely loaded,” Whalen previously told the Pioneer of the milkweed bushes. “I’d say there were no less than 30, and they were fat, chunky boys. I knew they were getting close to transforming, and I was overall excited to watch them go through their transformation process.”

Several days later she took a classmate to see the caterpillars and they were gone meaning that had gone into their chrysalis phase.

Chrysalises are what the monarch caterpillars create before they undergo metamorphosis and turn into a butterfly.

Then she learned of the planned construction. She scrambled to organize a day to locate and transplant as many chrysalises she could that were in danger of disruption from the construction.

She found 11, and then learned that since BHSU is a pollinator-friendly campus, the facilities staff delayed construction on the building allowing the butterflies to emerge naturally. They instead would work on another building.

And then the weather turned for the worse.

Whalen ultimately transplanted 12, she ended up finding others later, into a butterfly tent where they would remain until they emerged from the chrysalis.

Last week, four butterflies emerged. All were males. Whalen identified them by the black spots on their wings.

“I found it funny that when I spoke the first time I said, ‘these caterpillars were all chunky boys.’ Well apparently, without knowing, I gendered the heck out of them accurately,” she said.

On some butterflies the black dots on wings are pheromone pods, she said. But not on monarchs. They are simply for looks.

Whalen said more may emerge, but it is unlikely.

“The other ones are looking like at some point during their development they came into contact with some type of predator,” she said.

That could be from an Ophryocystis elektroscirrha (OE) protozoa, a tachinid fly, or a parasitic wasp.

“From egg to adult, monarchs have only a 10% survival rate,” she said.

Whalen, with the help of Kelly Harnett, founder of Beautify Spearfish, tagged the butterflies before releasing them. The tags, small stickers that are placed on the wings, will allow butterfly-tracking groups to note sighting locations to help track the migration.

The monarchs that emerged here are considered the fourth generation. This is the generation that will migrate from as far north as Canada’s southern-most regions, to Mexico. Once in Mexico, they will spend the winter before traveling north once more. Once around the Mexican boarder, they will lay eggs, 200-300 at a time and only a single egg on a single milkweed stalk, she said. Shortly thereafter, the butterflies will die.

Once the eggs hatch, they mark the first generation of monarch caterpillars. The first through third generations live only two to six weeks, Whalen said. The fourth generation, which doesn’t reach sexual maturity until spring, will live up to nine months.

Whalen said monarchs need milkweed to lay their eggs upon and to feed upon. She and Harnett have been collecting native seeds to expand pollinator gardens in the area.

Whalen said monarch numbers are declining dramatically due to the increased use of genetically modified crop seeds that allow insecticide and herbicides to be sprayed on them. This prevents native milkweed from forming in the area. Additionally, as more people plant manicured lawns, milkweed goes by the wayside.

The numbers have declined to a point that the monarchs are being considered to be protected under the Endangered Species Act.

What began as an appreciation for the butterfly has turned itself into hours of studying about the species.

“Of course, if I’m going to do all this research, I might as well do a paper for school,” she joked.