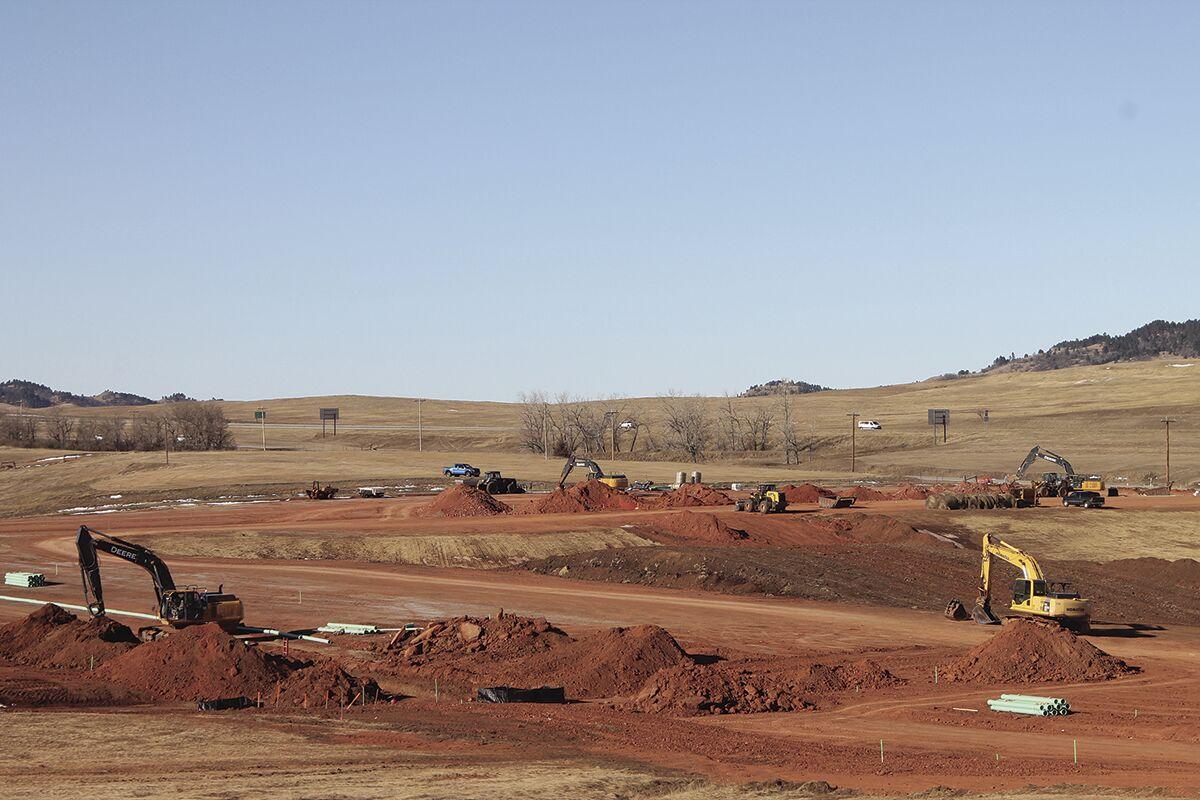 The Sky Ridge subdivision and sports complex are well underway as grading for the entire property had been completed and underground infrastructure is being integrated into the housing area. Pioneer photo by Alex Portal 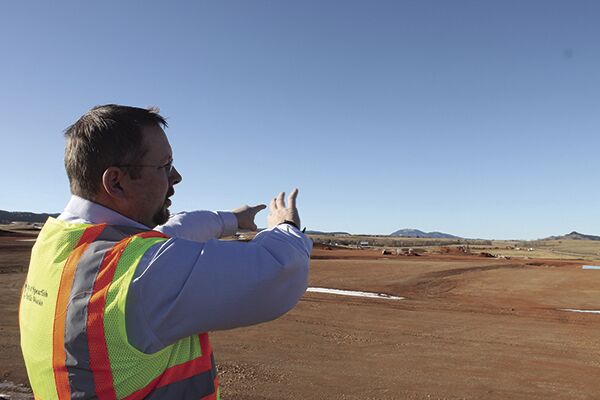 Spearfish City Administrator Mike Harmon showcases the layout for four softball fields that will be part of the $9 million sports complex being constructed as part of the city’s public/private partnership to build the Sky Ridge subdivision. Pioneer photo by Alex Portal

The Sky Ridge subdivision and sports complex are well underway as grading for the entire property had been completed and underground infrastructure is being integrated into the housing area. Pioneer photo by Alex Portal

Spearfish City Administrator Mike Harmon showcases the layout for four softball fields that will be part of the $9 million sports complex being constructed as part of the city’s public/private partnership to build the Sky Ridge subdivision. Pioneer photo by Alex Portal

SPEARFISH — The city of Spearfish’s new housing development and sports complex is well on its way to fruition as principal grading of both areas has concluded and under ground utilities for the housing area are being installed.

“Of the housing project we’re probably about a third of the way through,” estimated Mike Harmon, city administrator for Spearfish.

Harmon explained that the $9 million sports complex being designed along with the housing development has also been graded, but construction of that site won’t begin until the spring.

For now, the city is focusing on the 40-acre residential area, which will hold between 150 to 181 homes when completed. Harmon said there are currently 170 people on the waiting list for a home in the new subdivision.

Plans for the site were designed by HDR Engineering, out of Rapid City; Zandstra Construction, out of Rapid City, was hired as the general contractor to build the infrastructure including grading, utility line installation and road paving.

As long as the weather continues to be mild, Harmon said the infrastructure phase of the development would continue throughout the winter and construction of the first homes could begin sooner than initially expected.

“As soon as we have, at least, the first lift of asphalt down so their equipment can get in and out of the subdivision without tracking mud and other things onto Colorado (Boulevard), that’s when they will be able to start their construction sequence,” Harmon said.

Once all that is complete, the city will sell the individual lots to Dream Design International, Inc. (DDI) who will then work directly with homebuyers to construct houses designed to be economic and affordable.

To help keep the cost of each house down the homes have been designed without basements unless otherwise discussed with DDI. To help offer protection during hazardous weather conditions, Harmon said the city is looking into a building resilient infrastructure and communities (BRIC) grant to turn the concession/restroom area of the sports complex into a storm shelter for the entire subdivision.

The sports complex itself has been uniquely designed utilizing the natural topography of the rolling hills to set the four softball fields, six soccer fields and two parking lots at varying elevations.

“We take into account the existing elevation and topography of the land and then design it to take maximum benefit of it,” Harmon said. “I think we’re building the premier soccer complex in the region. As you look down, they have the different elevations and the parking lots and you’re surrounded by the hills. I think we’re really building something special here.”

In addition to the outdoor sports complex, the residential area will also hold a green space, which could be used as a recreation area for the subdivision.

“There’s both floodplain and wetlands constraints down there that don’t allow it to be developed for much else and so it really lends itself well to either green space or walking trails, or bike pathways, that type of thing,” Harmon said.

When all is said and done, Sky Ridge should boast a thriving affordable housing community next to a state of the art sports complex capable of hosting soccer and softball tournaments form across the country, as well as a 78-acre parcel of undefined land the city can use for future development.

“It’s a major project fro the city,” Harmon said. “To throw up 181 homes and a $9 million sports complex is really going to be quite an asset to this community.”