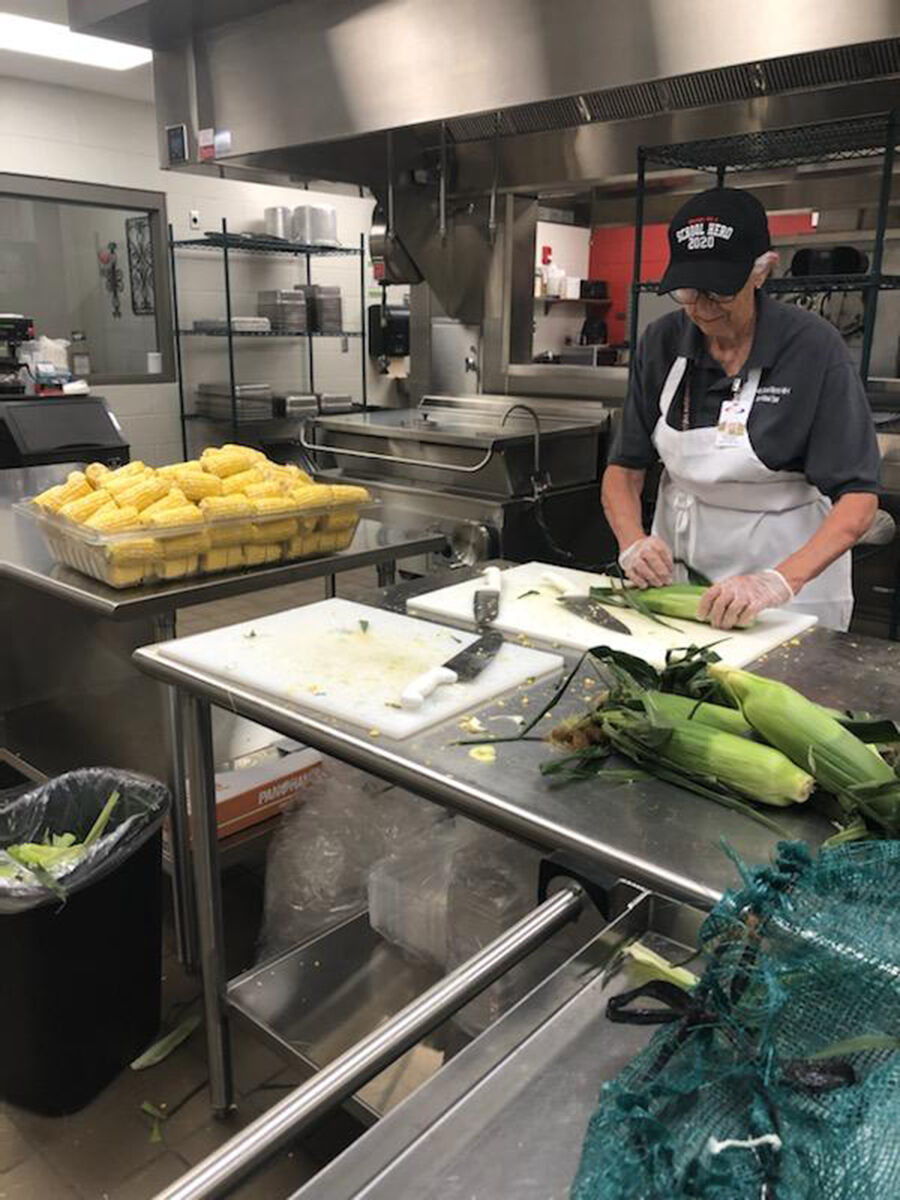 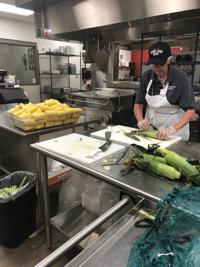 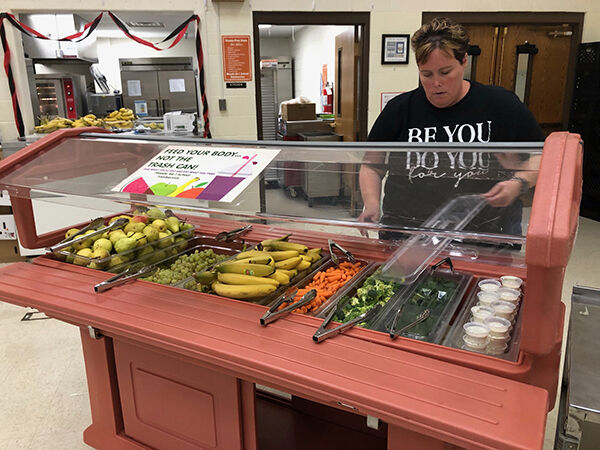 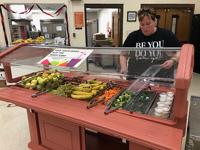 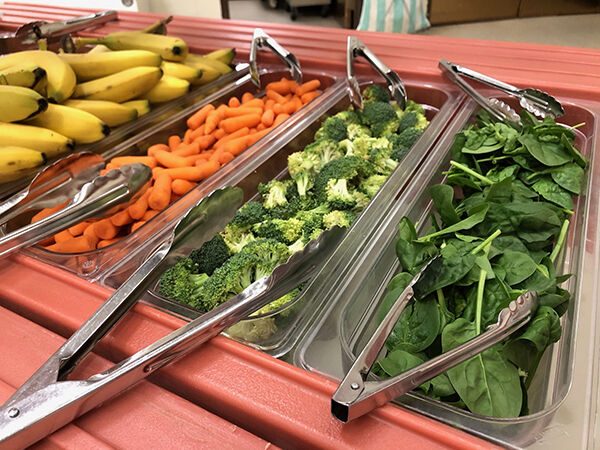 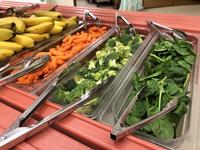 The fruit and veggie cart at Sturgis Williams Middle School featured spinach, broccoli and carrots as well as bananas and grapes on Thursday. Pioneer photo by Deb Holland 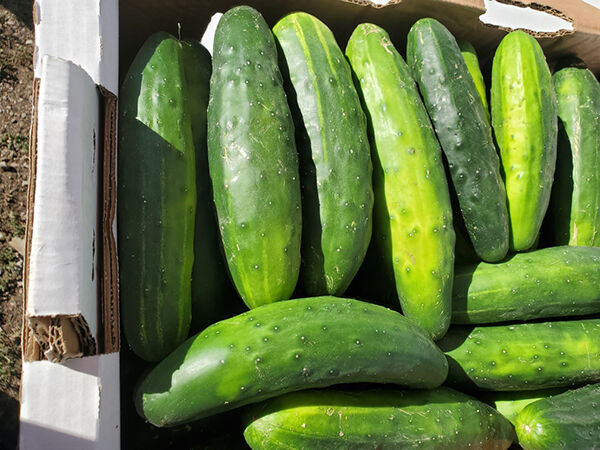 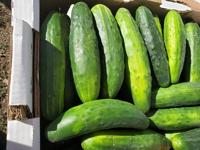 The fruit and veggie cart at Sturgis Williams Middle School featured spinach, broccoli and carrots as well as bananas and grapes on Thursday. Pioneer photo by Deb Holland

But even Ramsdell, the Meade School District Food Service Director, was surprised at the response of students when she recently offered locally-grown cucumbers for lunch.

“I never thought I would have to ration cucumbers for school lunch,” she said.

The Meade School District is working through the Black Hills Farmers Market to develop the Farm-to-School program, Ramsdell said. In addition to cucumbers, the school district has offered fresh sweet corn and tomatoes.

Ramsdell said the less time that passes between farm and table, the fewer nutrients fresh produce can lose. Also, serving local produce is a way to get students excited about healthy eating.

Securing locally-grown items starts with a questionnaire which local producers must complete to determine if they qualify.

“That includes a lot of safety questions and things that are generally included in GAP (Good Agricultural Practices) certification for farmers,” Ramsdell said.

Once a producer becomes qualified, the school district can buy their products through the Black Hills Farmers Market wholesale program.

The Farmers Market is open to the general public Wednesdays and Saturdays 8 a.m. to 2 p.m. through October, and 9 a.m. to noon Saturdays November through April.

The wholesale program is done through an online portal. Ramsdell logs in on Mondays, determines what is available and what would fit into that week’s lunch menus. She then submits her order, and the items are picked up on Wednesday and used in lunches that week.

“Anytime you can purchase locally, that’s a good thing for the local economy. Also, the produce is fresher,” she said. “What we buy from our suppliers doesn’t look like that. It’s nowhere near as fresh or as flavorful.”

Robert Sperling, also an eighth-grader at SWMS, said he appreciated the fresh option.

“Oh, my goodness! The kids loved it,” she said.

It does take a little more preparation time in the kitchen to serve up local produce, but it’s well worth it, Harris said. Some students even asked when they might have sweet corn again, she said.

Harris put the cucumbers and tomatoes on the self-service fruit and veggie cart at the middle school. Students devoured 15 pounds of cucumbers in two days, she said.

The sweet corn came from Cox’s Farm Stand of Vale, the cucumbers

from DC Gardens (Dale Castell) of Vale and the tomatoes from Richard and Sophia Meyer of Piedmont.

Buying local produce is a win/win, Ramsdell said. Sometimes producers have product that might ripen before it gets to the general public at market. But, the school district can buy and serve large quantities of the produce while it’s still fresh.

“Things that might go to waste otherwise, we can pick up at a reasonable price, put it out the next day and feed our 2,000 students,” Ramsdell said.