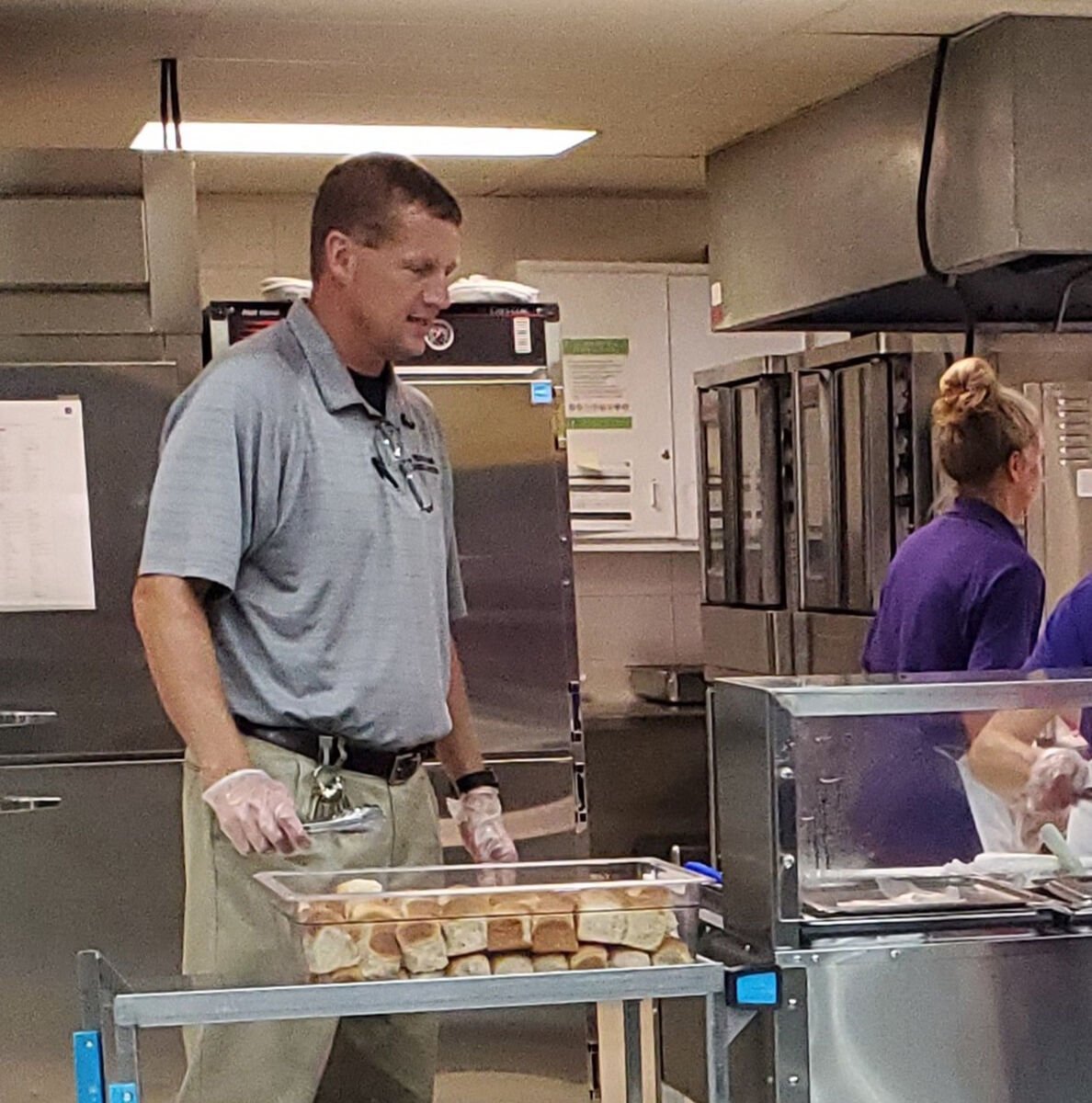 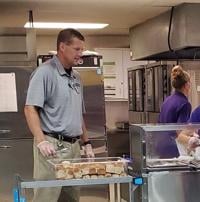 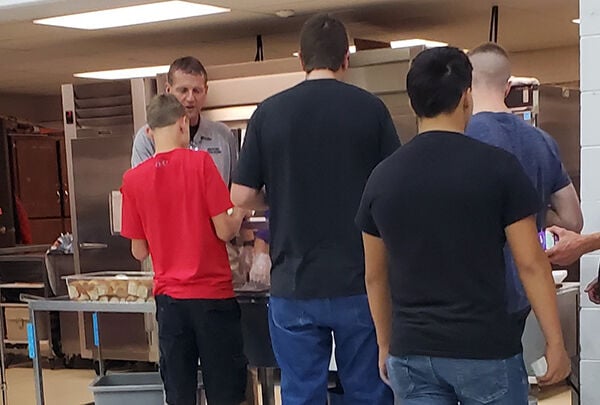 STURGIS — It’s not every day that you find the high school principal serving up entrees to students during lunch hour.

But that’s just what happened a couple weeks ago when three Meade School District food service workers at Sturgis Brown High School were stricken with COVID-19.

“It was kind of every supervisor’s worst nightmare. You start getting phone call after phone call saying, ‘I tested positive. I’m going home,’” Meade School District Food Service Director Rhonda Ramsdell said.  “We had one already out with a surgery, so that left one head cook and a dishwasher to feed 600 kids in a couple of hours.”

Ramsdell let superintendent Don Kirkegaard know about the situation and then headed to the high school to help. Sturgis Brown High School Principal Pete Wilson told Ramsdell that he and his staff would help in any way possible.

“If we have to step up and do different things, we will. That’s how we roll out here,” Wilson said.

“Lunch is a pretty important thing. It was nice for the kids to see us in a different light,” Wilson said.

Wilson and others only had to cover for a couple days before Ramsdell was able to shift staff from other buildings to the high school.

Ramsdell said many students also were concerned that the regular staff was not on duty and asked if they were OK.

“We really had to simplify things to a point where just the few of us could prep it and serve it,” she said.

Ramsdell said it was quite an experience to have the school pull together to provide this needed service.

“We had fun. But I was really glad to give the kitchen back to the manager,” she said.

The high school kitchen is again at full staff, but Ramsdell admits it has been a challenge to retain staff districtwide.

“We generally have a turnover of five or six over the course of the summer, but this year I think it was more because there is more competition for the local employees, especially here in Sturgis,” Ramsdell said. “We compete with the hospital and the VA mainly for our employees.”

The staff who left have told Ramsdell they wanted more money, she said.

“By the same token, I’ve gained some employees because they have wanted better hours,” she said.

To compete in the marketplace, the school district has increased food service worker pay by about $1.75 an hour over last year.

There still are two openings on the staff, one in Sturgis and one at Stagebarn and Piedmont. Depending on qualifications, the positions could be part time or full time.