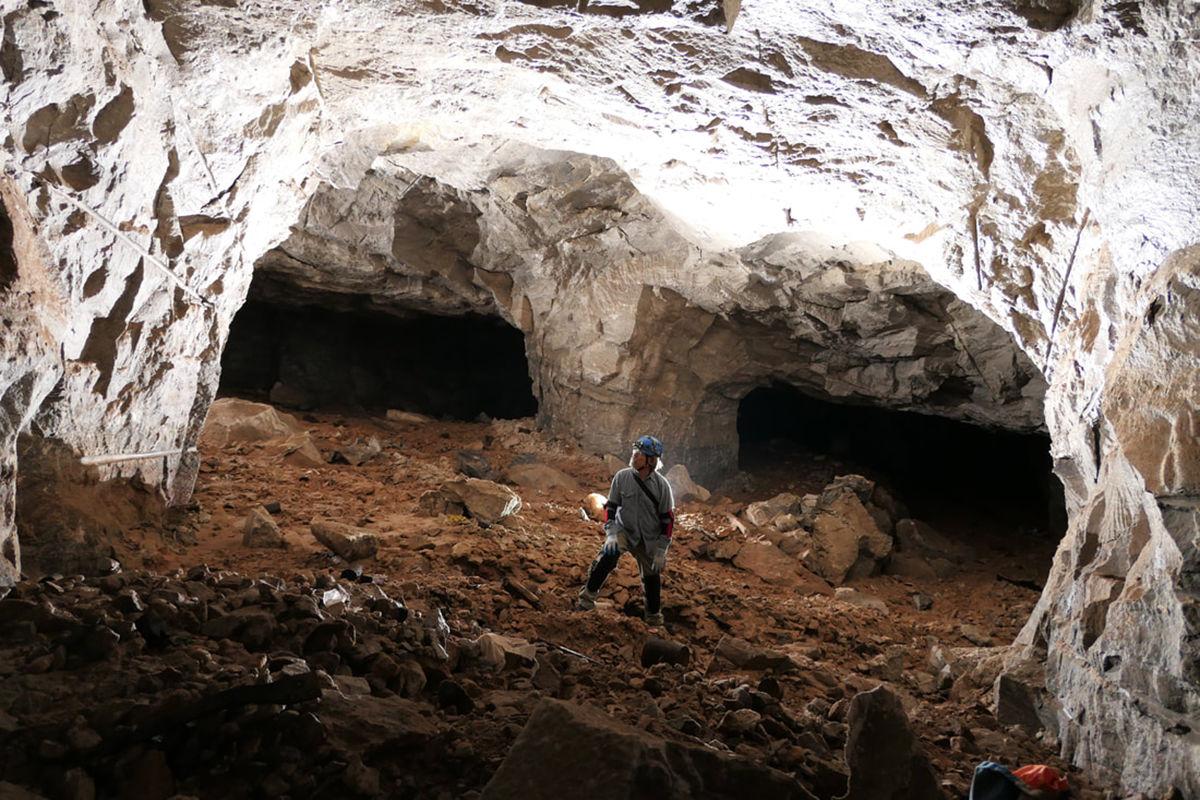 Sinkholes which emerged in the Hideaway Hills subdivision near Black Hawk revealed an underground gypsum mine. But according to county records, Meade County officials knew about the mine about 20 years ago when the subdivision was being platted. Photo courtesy Dan Austen, Paha Sapa Grotto 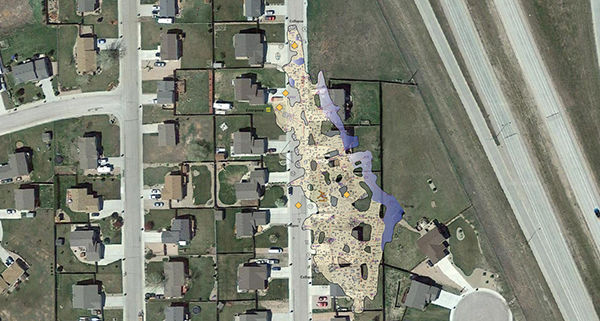 Sinkholes which emerged in the Hideaway Hills subdivision near Black Hawk revealed an underground gypsum mine. But according to county records, Meade County officials knew about the mine about 20 years ago when the subdivision was being platted. Photo courtesy Dan Austen, Paha Sapa Grotto

STURGIS — Meade County staff, members of the county planning commission and the county commission all knew an old gypsum mine lie beneath the Hideaway Hills subdivision.

Sinkholes have emerged in the subdivision within the last two months which has led to the evacuation of 15 homeowners. Those homeowners have been asking how the county could allow anyone to build over an abandon mine.

Members of the staff and commissions may not specifically recall that information, but Meade County records show that in July 2000, Hideaway Hills developer Keith Kuchenbecker presented the Meade County Planning Commission with supporting documentation for the Hideaway Hills Manufactured Housing Community.

Within that document, Kuchenbecker revealed that in the early 1900s an underground gyp mining operation took place on the northeast corner of the property. He said at the time that field boring operations may be required to identify any cavities that may be a safety hazard. Kuchenbecker also said a visual field investigation which included test holes was conducted at the proposed Hideaway Hills Manufactured Housing Community site.

But, based on initial visual observation, on-site soil appears suitable for the proposed development, he wrote in the report.

According to the Meade County Equalization and Planning department, the Hideaway Hills subdivision initially was going to be platted in 2000 as a mobile home park by Kuchenbecker. Plans changed and the area was platted in 2002 for Kuchenbecker by Renner & Sperlich Engineering for single-family homes.

When the sinkholes appeared, county officials encouraged the residents of 15 homes in the Hideaway Hills subdivision in southwestern Meade County to evacuate.

Following the discovery of the second sinkhole, Meade County Emergency Manager Doug Huntrods called in two state engineers along with members of the Paha Sapa Grotto chapter of the National Speleological Society. The cavers data showed a void under a number of home lots and the street covering at least 330-feet by 85-feet. And the cavers found tunnels confirming that the area may have been an old gypsum mine.

There were clues of sinking ground when Kuchenbecker came to the Meade County Planning Commission in June 2006 seeking approval of the final plat for Phase 2 of the Hideaway Hills subdivision.

Kale McNaboe, representing Kuchenbecker, said the developers want to close off part of Daisy Drive because it is caving into the old underground mine. He said they want to use private driveways for the emergency turnarounds where the road will end. He said they have tried to repair the road, but it is still sinking.

The planning board told McNaboe to tell his clients to fix the road properly because they would not approve the closing of Daisy Drive.

Last week, in an attempt to help those homeowners affected by the sinkholes and underground mine, Meade County agreed to serve as sponsor of a Federal Emergency Management Agency grant.

Residents have until July 31 to apply through Meade County which may result in homeowners receiving 75% of the certified appraised value of their homes from the federal government leaving a 25% local match to be paid by the homeowners.

The county also has agreed to budget $30,000 to coordinate appraisals of the homes and engineering services needed to supplement the grant documents.

Meade County would be the applicant filing for the relief because the housing subdivision is in Black Hawk where the Hideaway Hills subdivision is located is an unincorporated town.

The question is, what did meade county know and when did they know. Whoops, sorry, watching too much of Fox News.