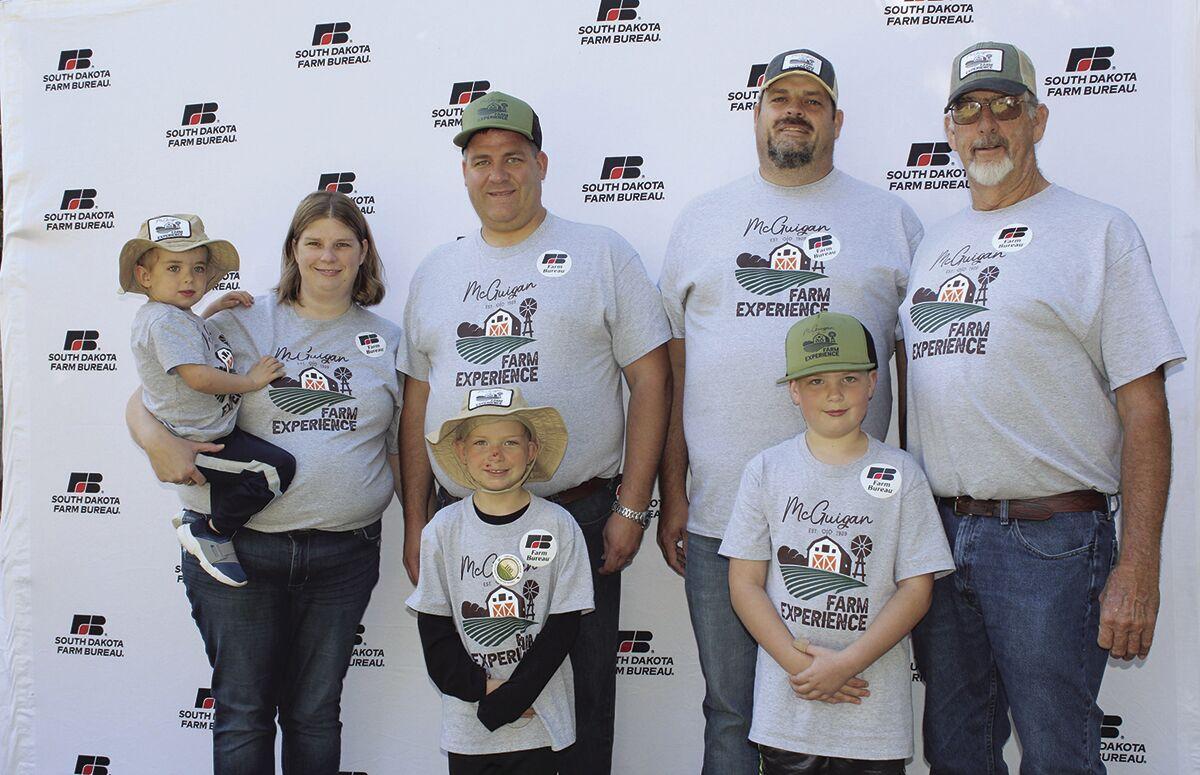 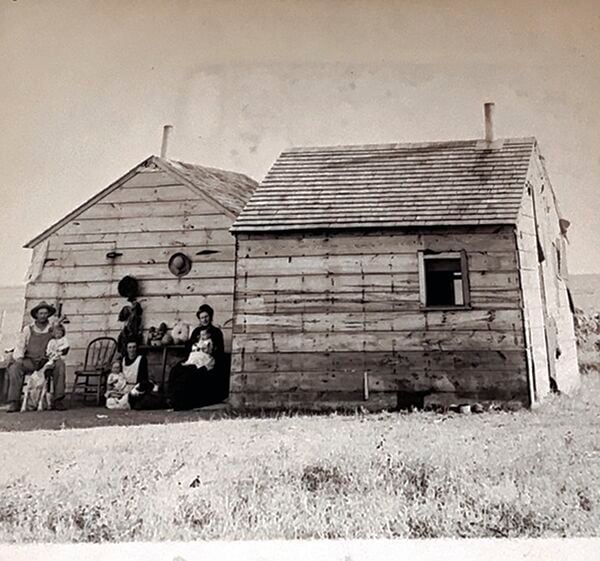 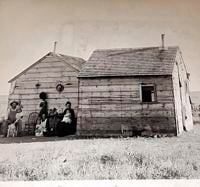 The original house that was built on the property when Mike McGuigan’s great-grandfather bought the farm in 1909. Courtesy photo

The original house that was built on the property when Mike McGuigan’s great-grandfather bought the farm in 1909. Courtesy photo

SPEARFISH — For 111 years the McGuigan Ranch has been a part of the Black Hills’ agricultural heritage. From humble beginning as a farming clan, growing fruit and vegetables for the miners and frontiersmen up in Deadwood and Lead, to a sprawling 1,500 acres operation that delivers coveted western South Dakota grown hay all across the country, the McGuigans were recently honored at this years South Dakota State Fair as a Centennial Farm and ranch Family.

“My great-grandfather bought (the farm) in 1909,” explained Mike McGuigan, fourth-generation rancher, and current patriarch of the McGuigan family.

McGuigan said his great-grandfather came moved to Spearfish in 1908 from Elk Point.

“Elk Point got flooded out five years in a row and the story always was that (he said) he was going to find the highest and driest place to live. And he did,” McGuigan said with a laugh. “It doesn’t really work well for agriculture, but he didn’t get flooded out ever again.”

Fortunately the family farm is well irrigated, and the family was able to grow produce for the burgeoning mining towns of Lead and Deadwood; that however, didn’t mean there were never any troubles down on the farm. During the Great Depression, McGuigan said the family fell on hard times, as did many Americans and had to repurchase the farm from the bank that had foreclosed on it.

McGuigan’s father transitioned the farm into a dairy in 1948, that’s how McGuigan spent most of his formative years as a farm boy.

“We used to milk 125 cows three times a day,” McGuigan said. “When I graduated from high school I tried school for a while then I took off and me and a buddy traveled around the United States. I’m assuming I was trying to find something I would rather do better, and I came back and I go, ‘I don’t think I like anything I saw better than what I’ve got here,’ so here I am.”

At its peak, McGuigan said western South Dakota had 125 operating dairies, but when the processing plant in Rapid City that McGuigan used was sold to a major corporation, the industry started to dry up.

“I was one of the first ones that quit, but now there aren’t any dairies in western South Dakota,” he said.

In 2001, McGuigan converted his family’s operation from dairy to beef cows, a transition that was not without its own hurdles.

Now that the farm has become cow-free, together with his son Curtis and daughter Heather, McGuigan has found a new niche, shipping nutritious Western South Dakota hay across the country.

According to an article written by Dr. Amy Gill for equiforce.com in 2017:

“Alfalfa is highly recommended to be fed to gestating and lactating mares, growing horses, and horses that are intensively exercised and competing. Geriatric horses also do very well when alfalfa is included in their daily ration because it is so highly digestible compared to other long-stemmed, coarser forages.”

McGuigan’s son Curtis helped to create a unique way of packaging the farm’s hay yield into small bales, which are easily portioned out and handled in barns and stables, but can be shipped and moved around using modern heavy lifting equipment by being combined into 21-bale bundles.

“You get the little square bales that anybody can handle to feed their horse, or goats, or whatever, but it puts it into a package that you can handle with the machine,” McGuigan explained.

Like his father before him, Curtis McGuigan spent time travelling the country. He attending culinary and business school, worked at Black Hills State University as well as in coalmines; but he always felt the strongest connection to his ancestral home.

“I always sort of planned to figure out how to make this business go,” Curtis said.

Now, as the McGuigan Farm enters into its second century of operation, Curtis has developed a way to grow a new kind of crop-agricultural education.

“It’s probably pretty scary how many people even in Spearfish would say, ‘my food comes from the grocery store.’ It does, but you need to understand how it got to the grocery store,” Curtis said.

Curtis and his family plan to open the McGuigan Farm Experience in spring of 2021, where people from all over can come and learn about how farms and ranches play the vital role in feeding America.

McGuigan added that he’d like to see the farm become a sort of proving ground for new farming and ranching techniques and equipment as a way to bring the agricultural heritage of Spearfish and the innovative progress of the Black Hills together.

“So we can be a buffer between the city and the ag guys,” he said.

The two McGuigan men are both excited and proud to be engaging still in a thriving agricultural industry while seeking to find new ways to bring the history and culture that their family farm has been a part of to life. McGuigan’s daughter, son-in-law, and three grandsons are also excited to be a part of the McGuigan legacy, and making sure it continues for another 111 years.

“She’s excited about helping out with this farm experience so she can get back to the farm and the boys of course love growing up on the farm,” McGuigan said. “Being as we’re getting pushed by town getting closer and closer and closer, and still wanting to stay in ag, I think there’s a big demand now for this farm experience; educating town people about agriculture so I’m pretty excited about our next step.”