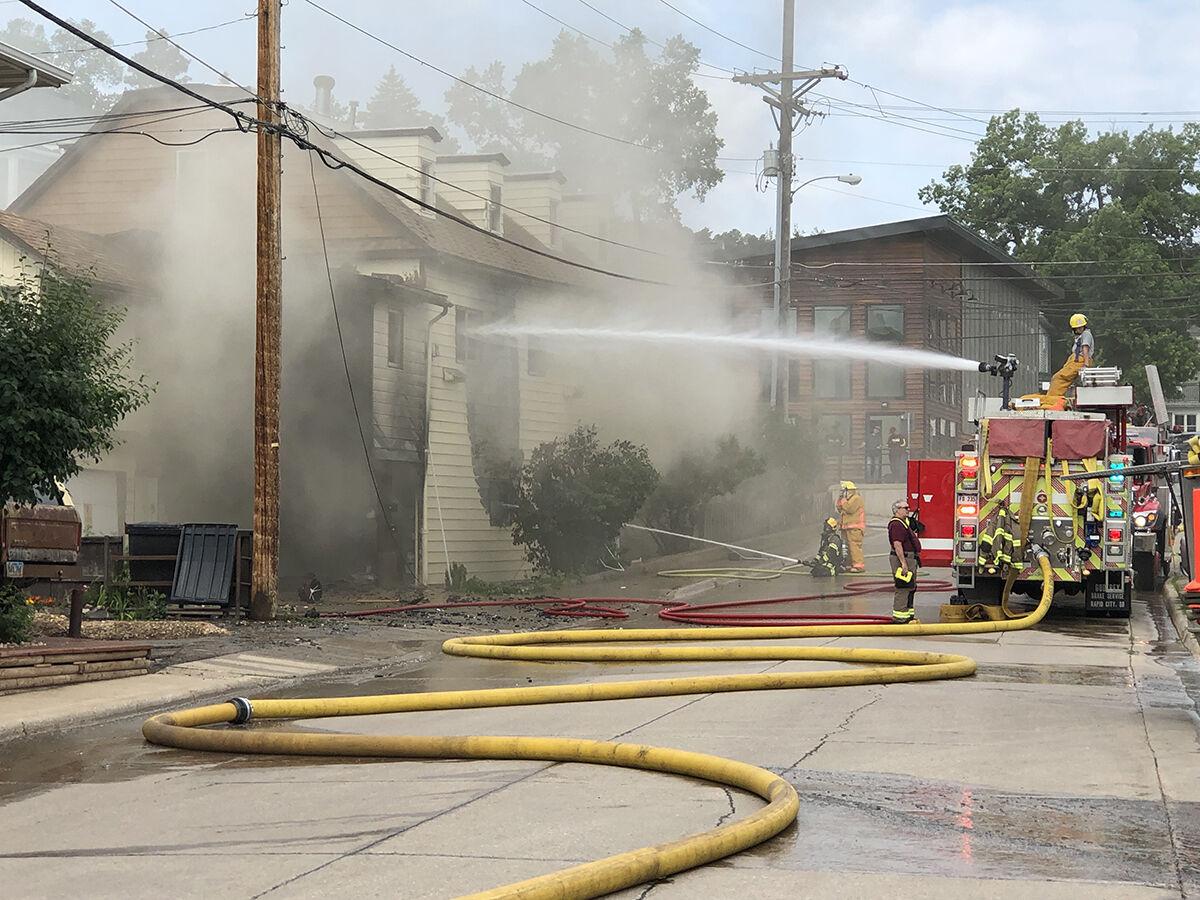 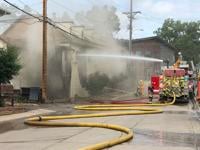 Crews from 12 different fire departments were on scene to battle a blaze on South Stone Street, Saturday morning. Employees from Thyssen Mining Co. saw the blaze from the nearby dry facility, and rushed in to evacuate the building. Pioneer photos by Wendy Pitlick 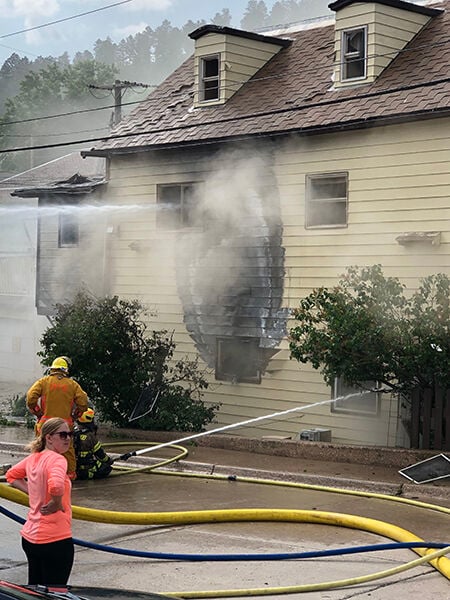 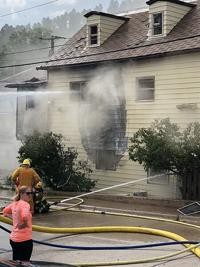 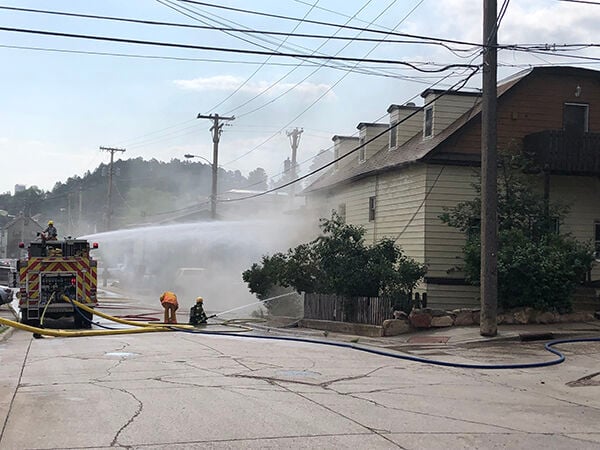 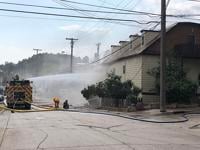 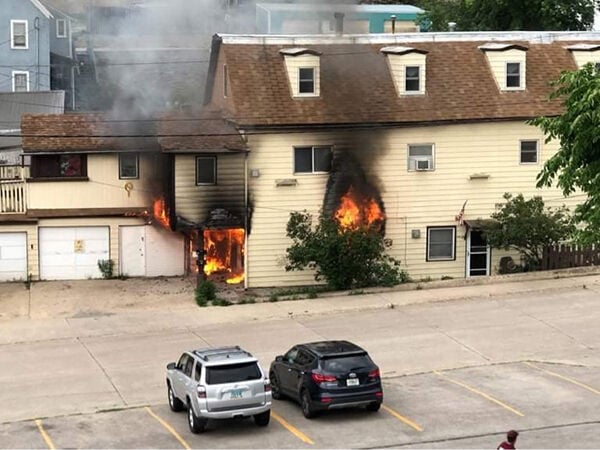 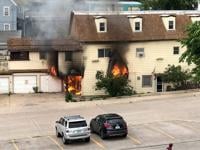 Crews from 12 different fire departments were on scene to battle a blaze on South Stone Street, Saturday morning. Employees from Thyssen Mining Co. saw the blaze from the nearby dry facility, and rushed in to evacuate the building. Pioneer photos by Wendy Pitlick

LEAD — A man suffered serious, life-threatening injuries, while several other tenants were displaced after a major fire burned an apartment building to the ground in Lead.

Rob Carr, public relations officer for the Lead Volunteer Fire Department, said employees who were in the newly constructed dry facility next door, rushed into the apartments to evacuate residents. They pulled Mike Larson, who had become disoriented from the smoke in his apartment, out of the blaze. Employees from the Thyssen Mining offices on Main Street called the fire in to authorities.

Larson was transported to Lead-Deadwood Monument Health Hospital with serious, life-threatening second- and third-degree burns to his hands, arms, face and back, according to family updates provided on a Caring Bridge site. He was later transported by LifeFlight to Northern Colorado Medical Center in Greeley, Colo., where he remains in the burn unit for treatments. Family members say he could be there for a month or more for treatments.

On Monday morning, Larson’s sister Liz Fonder reported that Larson remains in critical condition. A Venmo account has been established to help the family with expenses in Greeley while he is being treated. That Venmo address is @Laurie-Kruse-4.

When crews from the Lead Fire Department arrived on scene the fire was burning freely, with heavy smoke. Crews from 12 area fire departments battled the blaze for several hours on Saturday, before the building was taken down to extinguish flames. Lead Fire Chief Tim Eggers said crews actively fought the fire until 4 p.m. After that they sent a truck back to put water on some hot spots.

Eggers said the fire started in a room at the basement level, and traveled quickly upstairs.

“We had to use an excavator to get into where the fire was at because it was not in the rooms, it was in the walls and the floors,” Eggers said.

The state fire marshal is investigating the cause.

The Lead-Deadwood Ministerial Association and the Red Cross serving Central and Western South Dakota are assisting occupants of the building. Eggers said the Red Cross reported that