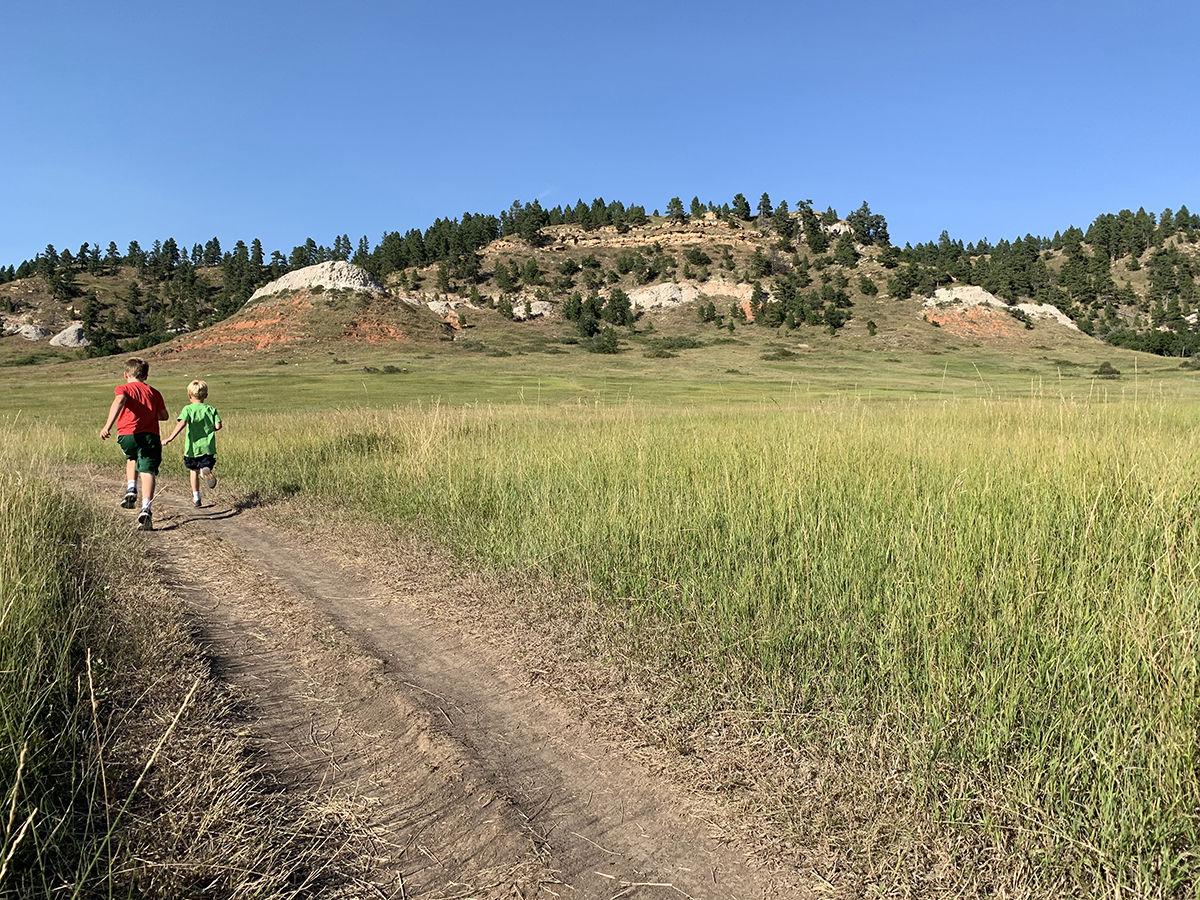 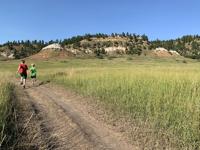 An area Boy Scout is planning to install between 20 and 30 signs on the Lookout Mountain trail system in October. Pioneer photo by Mark Watson 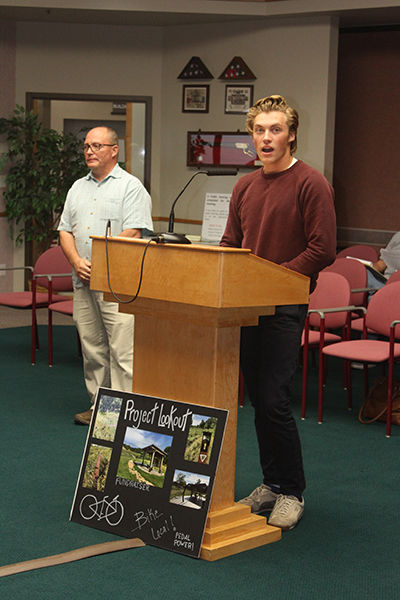 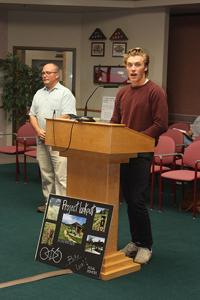 An area Boy Scout is planning to install between 20 and 30 signs on the Lookout Mountain trail system in October. Pioneer photo by Mark Watson

SPEARFISH — The trail system at Lookout Mountain will soon be getting some much-needed signage thanks to a Boy Scout and a memorandum of agreement, which will expedite work on trails.

“Because Lookout’s governed by an easement with the Parks and Wildlife Foundation, it’s very restricted on what you can and can’t do,” said Tyler Ehnes, parks and recreation director for the city of Spearfish.

Ehnes explained that with the parks and rec crews spread thin working throughout the city, the Black Hills Trails Group has been the driving force behind the trail renovations. However any work the group wishes to do on the property must be approved by the Parks and Wildlife Foundation, which can be time consuming. So Ehnes worked with the city and The Parks and Wildlife Foundation to draft a memorandum of agreement outlining some of the services and actions the group can take, without requiring special approval for each project.

General maintenance is covered under the agreement, but the group also wants to upgrade the trail makers.

“They (trail users) were trying to use existing trails, but they weren’t sure which ones and with a cattle up there, they’ve created their own so it makes it fairly confusing up there,” Ehnes said.

Lookout Mountain is also used for grazing cattle in the summer.

The city was approached by Rex McDonald, who represented a group of Boy Scouts, with the prospect of allowing them to post the new trail signs.

“So they’re working on a plan, they’re getting a map layout, the Black Hills Trails guys are going to head up there with them to make ensure that the accuracy of intersections are correct,” Ehnes explained.

And that is where Noah Buchholz comes in. Buchholz, a Boy Scout with Troop 12 from Belle Fourche, is working on earning his Eagle Scout designation. As part of the process, he is required to complete a public service project — he chose to install trail markers.

“I like mountain biking a lot. It’s a good hobby of mine,” Buchholz said.

Buchholz told the Spearfish City Council Tuesday evening that the signs would consist of a wire basket and 6-by-6 post with an aluminum sign.

“It’s a little more permanent installation so cattle and a little more reckless riders don’t break them off and stay safe,” he said.

Between 20 and 30 signs are anticipated to be installed in October. Buchholz said he is planning on having up to 30 volunteers assist him.

The council thanked Buchholz for his service and unanimously approved the motion to install the signs.

Ehnes said the Scouts will also be fundraising for a new trail map to be placed at the Pony Express trailhead. The groups are hoping to have the project completed this fall.