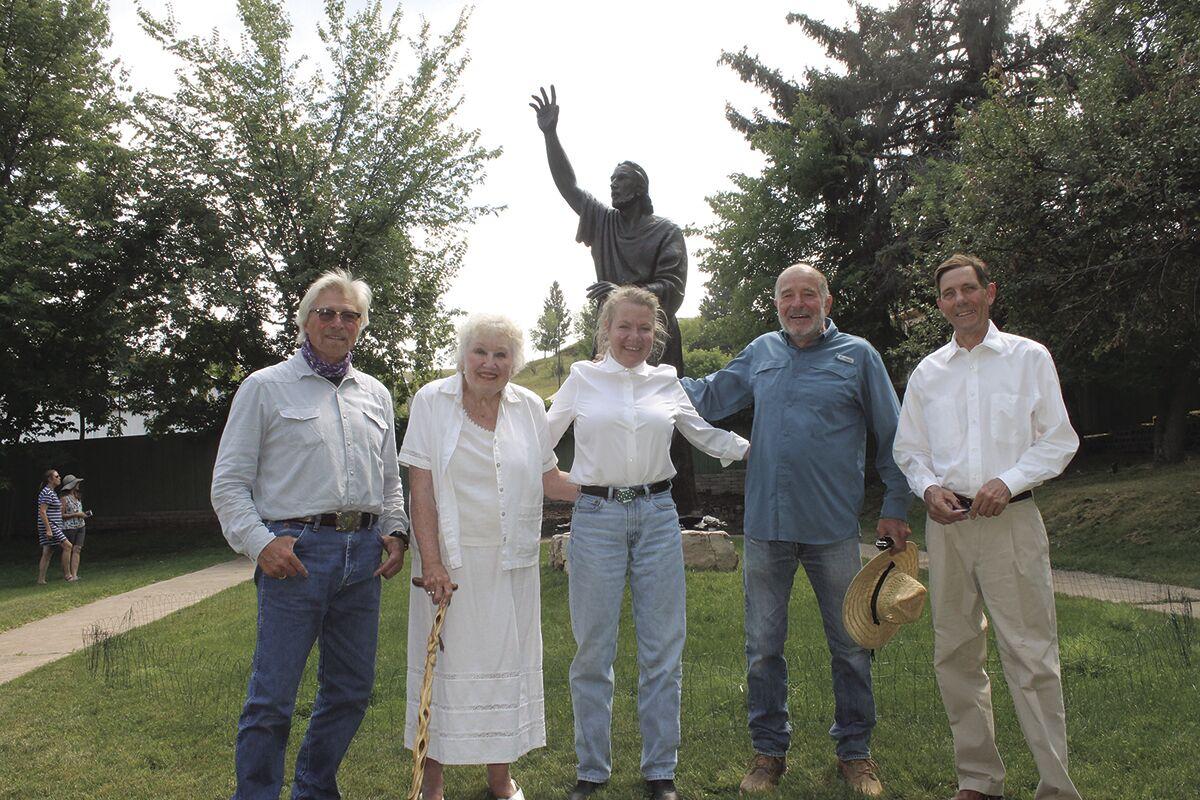 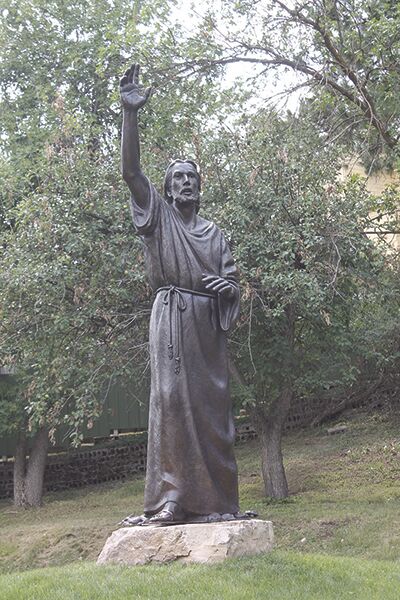 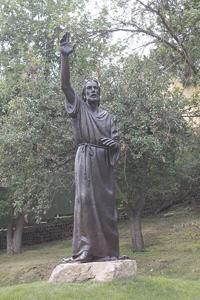 SPEARFISH — What started in the 13th century as an attempt by German monks to tell the story of Jesus Christ’s last days to illiterate peasants, not only shifted the conceptualization of biblical storytelling; it would also, centuries later, put Spearfish on the destination map with the Black Hills Passion Play.

“It was so important that there be a public recognition of the history of the Passion Play, which played such a major part in the development of Spearfish and the entire Black Hills tourism industry,” said Johanna Meier Della Vecchia, the daughter of Josef Meier, the man who brought the Passion Play to Spearfish, during a ceremony Saturday dedicating the new Black Hills Passion Play Museum.

Through its installment in 1939, to its final show in 2008, the summer production of the Black Hills Passion Play drew hundreds of thousands of visitors to Spearfish from all over the world and played an integral role in transforming the tiny agricultural town into a mecca of tourism and recreation in the Black Hills.

Meier Della Vecchia said she wanted the museum and grounds, located behind the former Meier Della Vecchia home at 421 Meier Ave., to serve as a memorial park, dedicated to the city of Spearfish and to the many families and individuals who supported and participated in the play for nearly four generations.

“It truly takes a village, to produce something on that impressive a scale, which endured for 70 years and you’re all a part of it,” she said addressing the crowd

As the production grew in its popularity, it also grew in its aspirations. In the 1960s, a group led by Josef Meier and then-South Dakota Senator Francis Case commissioned a larger-than-life statue of Jesus Christ to be erected on a hillside in Spearfish. Lincoln Borglum, son of Mt. Rushmore sculptor Gutzon Borglum, was tasked with creating the monolithic piece based on an earlier bust of the Biblical figure Gutzon had created for a different project. Lincoln Borglum completed a small-scale model of what the completed statue would look like, but funding never came through to fully realize the project – until now.

“Unfortunately the proposed project was never completed, and so I felt that it was important that this dream be realized,” Meier Della Vecchia said.

In addition to the museum, Meier Della Vecchia also unveiled the completed statue, “Christ on the Mountain,” as a standing testimony to the enduring legacy of the Passion Play.

Meier Della Vecchia said she commissioned the completion of the statute around four years ago. With the help of Lincoln’s son Jim Borglum, as well as Monique Ziolkowski, Korczak Ziolkowski’s daughter. Korczak Ziolkowski was a collaborator of Gutzon Borglums’ who worked with him on the construction of Mt. Rushmore but gained notoriety for his own monumental work designing and beginning work on the Crazy Horse memorial.

“Monique and I had worked together as sculptor partners for years,” Jim Borglum said. “We gave the job (of fabricating the statue) to a friend of ours who’s even more skilled at the whole process than we are.”

The finished statute was cast in bronze by Brett Chomer, a metalwork artist from Santa Fe, N.M. Chomer took the full-scale bust originally sculpted by Gutzon Borglum and the small-scale model of the completed figure designed by Lincoln Borglum, and with the help of Jim Borglum and Monique Ziolkowski fine-tuning the features and details, sculpted the approximately 15-foot model that would be used to cast the statue.

Chomer used the same technique to calculate the scale of the finished product as Gutzon Borglum used in creating the mighty edifices at Mt. Rushmore.

“I did a box method, which Gutzon Borglum used to use in his enlargements,” Chomer explained.

Chomer said he was very proud to be a part of this legacy, and was reminded of a childhood memory driving across the country on family vacations.

“I saw the map; it had Mt. Rushmore on there and I (said), ‘well, I want to move to South Dakota. I wanna be a stone carver,’ and here I am, in South Dakota, working on the guy who did Mt. Rushmore’s piece,” he said. “Your imagination is really pretty damn important. What you think and what you’re creating in your head – it may happen. So you might as well put good stuff in your head and think good thoughts.”

The museum will be open to the public with no admission fee on Mondays and Fridays from 2 – 4 p.m. The grounds will remain open from dawn until dusk for all to enjoy seven days a week.

“The driveway area will be open, and people can come into the grounds at any time,” Meier Della Vecchia said. “I hope that this will become a place of renewal and recollection. A serene spot where people can spend some quiet time in thanks for the blessings of the Spirit, the community, and the great country we call home.”

On display, visitors will be greeted at the front door by the original bust of Christ, sculpted by Gutzon Borglum, publicity elements, original costumes and props, and production photographs from the productions years in Spearfish, as well as its winter seasons in Florida.