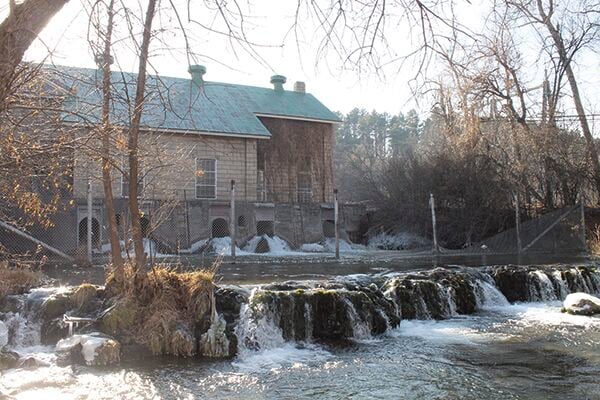 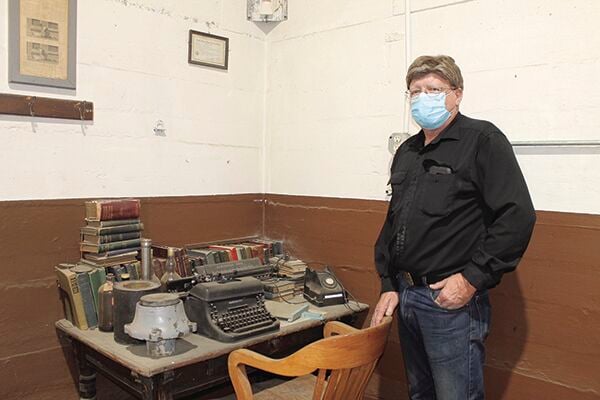 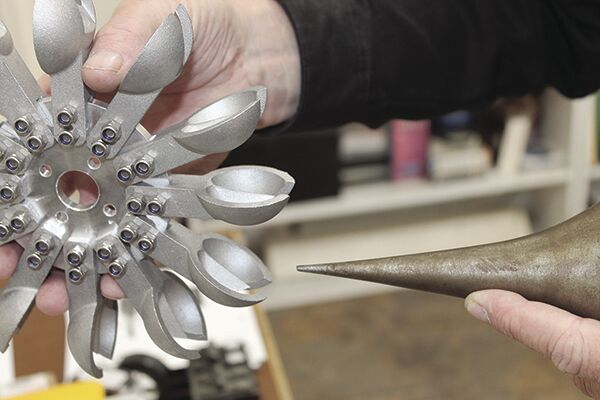 Lillehaug demonstrates how a needle valve (right) directs a concentrated jet of water into a Pelton water wheel. Pioneer photo by Alex Portal

Lillehaug demonstrates how a needle valve (right) directs a concentrated jet of water into a Pelton water wheel. Pioneer photo by Alex Portal

SPEARFISH — Entering in to it’s 110th year of generating power, the Homestake Hydroelectric power plant No.1 has remained an integral part of Black Hills history as well as the Spearfish Creek water system.

In the first decade of the 20th century, the Homestake Mining Company was at the forefront of new and innovative technologies.

“At the same time as Chicago got their phone system, Homestake Mining Company implemented a phone system within their mine,” said Gary Lillehaug, superintendent at the hydro plant. “There was a letter written to Thomas Edison from the superintendent at Homestake wanting to know if electricity and his light bulb would replace the candles in the mine.”

Being the hot new technology of the day, Homestake officials wanted to come up with a way to generate the electricity they would need to power their operations.

“Under Thomas Grier as the superintendent, and Richard Blackstone (as Grier’s assistant), they got this idea of building a hydroelectric plant in Spearfish,” Lillehaug said.

Several options were discussed about how to utilize the energy generated by the flowing waters of Spearfish creek; including damming Spearfish Canyon.

“That didn’t fair out very well for several (reasons),” Lillehaug said with a laugh. “One of them was that the railroad went right up through there.”

The company quickly determined that building a diversion dam near Maurice in Spearfish Canyon and tunneling the water to the hydro plant would be the best course of action.

In 1909 surveying began on the $2 million (which equates to approximately $57 million today) project. As construction moved forward on the dam and hydro plant the mining company set to do what they did best: digging. Homestake approached the problem of how to tunnel a five-mile waterway through solid limestone in a very unique way. Lillehaug said they entered the tunnel through the side of the Canyon wall at seven different points. At each point a blasting and drilling team worked in tandem heading both east and west meeting up with each other as each section of the tunnel was completed.

“They had 14 working headings,” he said.

Once completed, the tunnel descended at a slope of around one foot for every 100 feet of distance. The water is gravity fed to a collection dam where it is lifted via standpipes, then dropped through the penstock to the plant where it is directed into two Westinghouse generators. The generators use Pelton water wheels to power the turbines that generate the electrical power.

Pelton wheels use a needle valve to zero in a concentrated jet of water on a specially designed bucket, which distributes the water equally throughout the bucket, maximizing the amount of kinetic energy produced by the water flow.

“(Pelton) discovered that if you hit that side of the bucket and it goes down in, it kind of gives you a little bit more push,” Lillehaug explained.

The plant came online and started generating electrical power in 1911.

The power generated by the hydro plant was used by Homestake to power its sawmill while it was in production. When Homestake closed its doors in Lead, the company had to decide whether to sell the plant, or shut it down as well since it was not licensed to sell the power it generated. Because of the herculean efforts to reroute water from Spearfish creek through the plant, shutting it down would mean an equally daunting task would need to be undertaken to restore the water’s original steam.

In 2004 the city of Spearfish purchased the plant and began the lengthy legal proceedings to gain permission to operate it. The permit also allowed the city to enter into purchase agreements with utility companies for the power generated. The city joined forces with Black Hills Energy, which built a substation next to the plant to draw the power produced by the plant into their grid. Lillehaug said the new substation also acts as a connection point to the energy company’s other substation located on Hillsview Road, creating a sort of closed circuit system providing better redundancy of power.