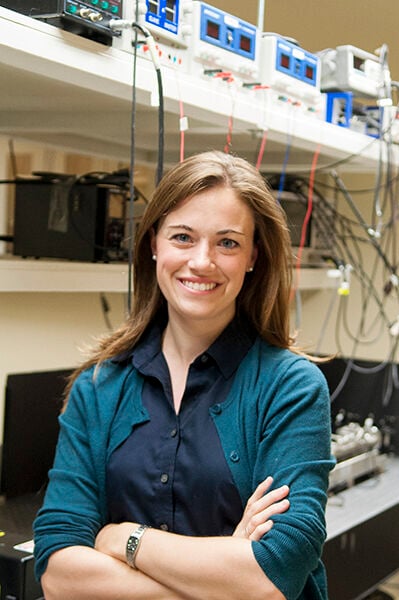 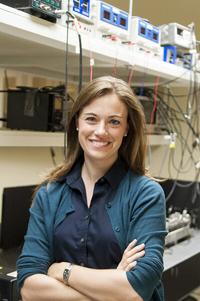 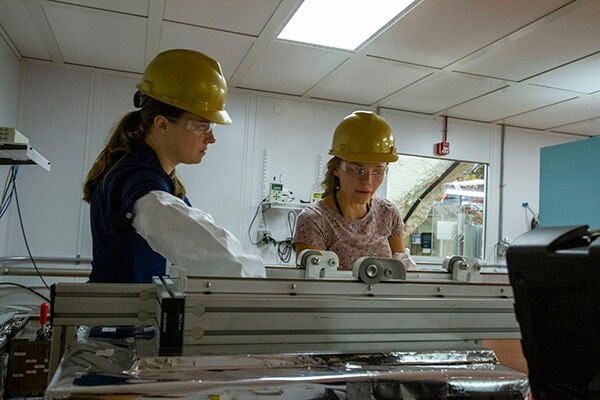 After 70 years of marching, campaigning and working hard to gain equal rights, the women of the United States celebrated a milestone victory in 1920, when they earned the right to vote and hold public office with the 19th Amendment to the Constitution.

Within the Black Hills Pioneer coverage area there are a multitude of great women, who work every day to make their communities a better place. Knowing this, we decided to mark this special centennial with a series that celebrates women in our communities.

The hardest part about this project was selecting the women to profile, as the quality of nominations we received was superb. This led us to draw the conclusion that our Northern Hills area is filled with so many great women, that we can’t possibly write about them all. We think that’s pretty amazing, actually.

Over the next week we will highlight five women — one from each of our major coverage cities — who are not typically in the news. These women work quietly, behind the scenes, and they usually avoid the camera when they’re doing their good work. These women are humble. When we called to set up interviews, none of them understood why we were approaching them to do a story, because they are only doing “the next right thing.”

This is the second in a six-part series.

SPEARFISH — As a woman who works in a field that is almost exclusively dominated by men, physicist Dr. Brianna Mount said she initially felt like an imposter during her undergraduate years of school.

It was a self-imposed feeling, Mount said, since she has always been welcomed into the world of physics and has never been barred from its opportunities in any way. But still, as one of only about 15 percent of women in her field, Mount said her early feelings were that she didn’t belong there. Mount’s mentors and educators would later dispel her feelings. Today, as an associate professor of physics at Black Hills State University, Mount said she works to help ensure other women in her field are successful, by helping them to understand that those feelings of not belonging are so common and unfounded that they come with a name — Imposter Syndrome.

“It’s where, despite quantitative evidence, like your grades for example, you feel like you are an imposter in your field,” Mount said, explaining the syndrome that many women feel when entering the world of physics for the first time. “When I was an undergraduate I was the only woman in my physics class with 10 to 15 guys. So, I remember constantly feeling like I wasn’t good enough, someone was going to figure out that I shouldn’t be here, and they’re going to find out I was an imposter. But then I would get good grades versus the guys. So, despite things that you can measure, you feel like you don’t belong.”

For Mount, her feelings of being an “imposter” were illuminated and then dispelled by working with other physicists who enthusiastically welcomed her and helped her understand her feelings. Today, she works to help other undergraduates work through these same feelings. Earlier this year, Mount worked to help organize one of about a dozen Conferences for Undergraduate Women in Physics, that are held nationwide. Mount’s conference was held at Black Hills State University. The two and a half day event, put on by the American Physical Society, attracted women from across the Midwest and Puerto Rico, for an experience designed to get women excited about their chosen field, and to network with each other.

“Women in physics make up 15 to 20 percent of undergraduate majors,” Mount said. “Often if you’re 18, sitting around in the lecture room, you might only see one or two other girls, or maybe no other girls in your room. So, getting 100 of them together for a conference really lets them see that they’re not alone. It’s just high energy. Everybody is excited to be there. They’re young and they’re full of promise. We have workshops on things that come into play with high achieving women, like imposter syndrome. We have speakers and lots of role models from different walks of life.”

But helping to organize conferences isn’t the only way Mount helps to inspire women in physics. Mount’s strategy to get her students involved in research as soon as possible applies to everyone, but she reported that she seems to attract mostly women to help with her research. She is a member of the LZ dark matter experiment at the Sanford Lab, working to ensure that all of the materials used for the experiment have the lowest amount of radiation possible. Mount said she frequently looks for opportunities to get her students involved in the project.

“When I was an undergrad, classes weren’t necessarily super fun,” Mount said. “So, what I did is I got this internship doing research in the summer. My mentor was absolutely fabulous. It’s very different sitting in a classroom and learning about physics, versus actually getting to turn the wrenches and be in the lab. That was the thing that kept me in physics. I like working this stuff.

“It’s nice being at Black Hills State because we have a small amount of students. So, I’m able to watch all the students in my program from when they enter to when they graduate. It’s really nice because I can say ‘hey, do you want to come underground with me this semester?’ They’re coming underground with me. They’re spending one-on-one time with me. I think that is important.”

Mount said, the biggest impact teachers can have on tipping the balances of genders in physics to a more equal scale does not happen in college. It happens in middle school.

“A lot of studies have shown that young women decide to go into science in middle school,” she said. “So I think that age group is really important, and we’ve done several things at BH to try and reach that age group and to try and get those girls to choose science. Katrina Jensen runs the women in science middle school one-day conference here at BH, and that has 800 different middle schooners from across the region.”

Mount said besides ensuring equilibrium within the physics field, having women in physics is important because they can bring a fresh perspective to problem solving. “The whole job of a physicist is to attach a problem logically and try to work toward a solution,” she said. “You want a wide range of different ways of thinking to attach those problems. I think women definitely bring different perspectives to problems than men do. (One example) is to look at the placement of seatbelts in cars. In the beginning, in the development of seatbelts it was geared toward men’s anatomy and not pregnant women.”

Despite the small number of women in physics, Mount said she has always been treated with respect, and has never been treated differently. “I have never felt like I have been harassed or felt like someone wasn’t listening to me because I am a woman,” she said. “In fact, I think in particular Sanford Lab goes out of their way to make sure that doesn’t happen. I think it’s a super open and great working environment.”

Overall, Mount said she believes women have come a long way since earning the right to vote in 1920. “I think we have a little ways to go,” she said. “I would love to see that physics be 50-50. On the other hand, there is nothing slowing us down. There are no outside factors that are going against anybody. From not having the right to vote, to being able to choose what I want for a career and being able to influence 20-year olds that are now coming through. I just love working with them because everything is open to them. They have amazing amounts of potential. I am excited to see where they end up, and I think it’s a rosy outlook.”