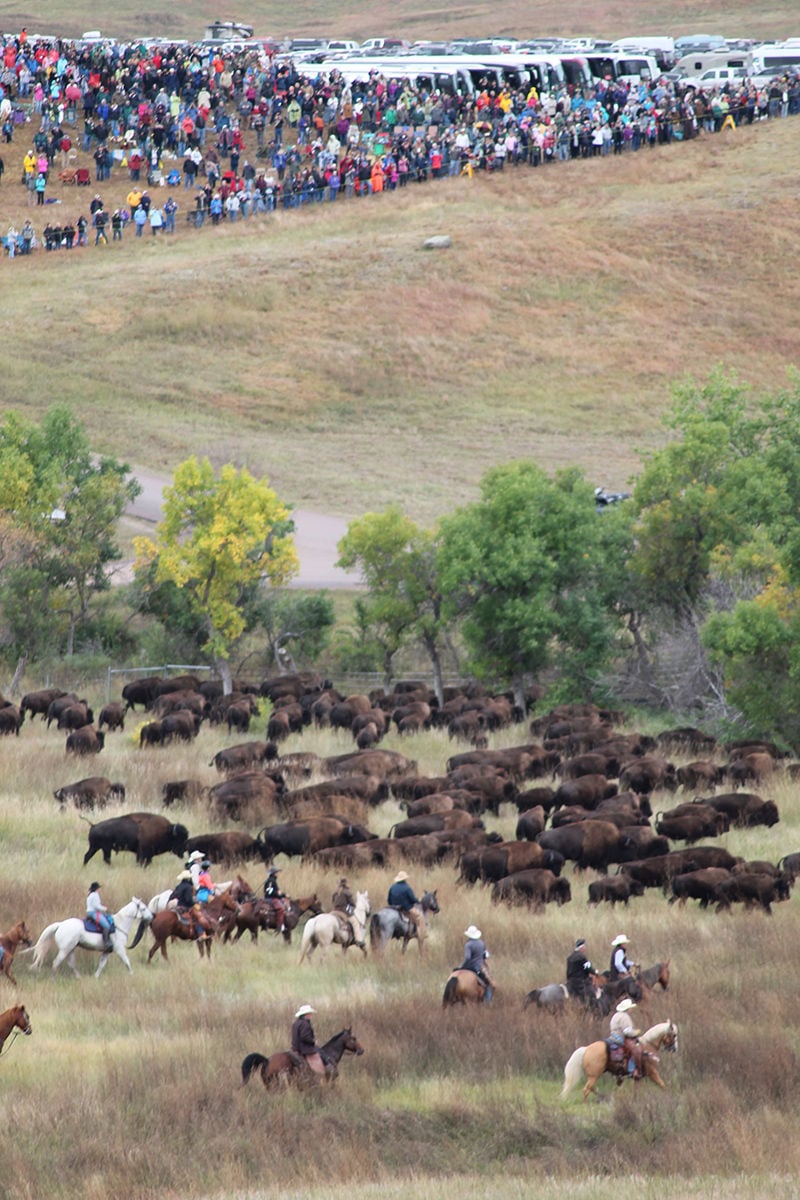 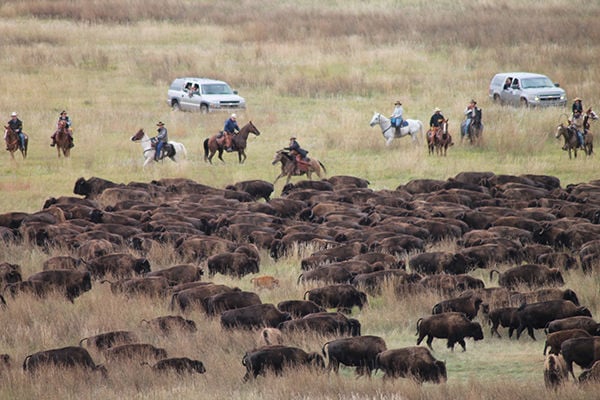 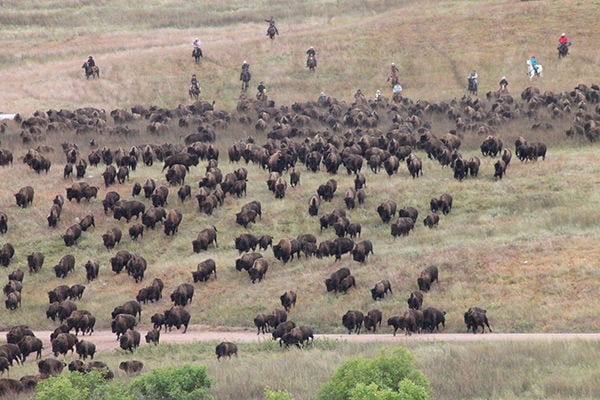 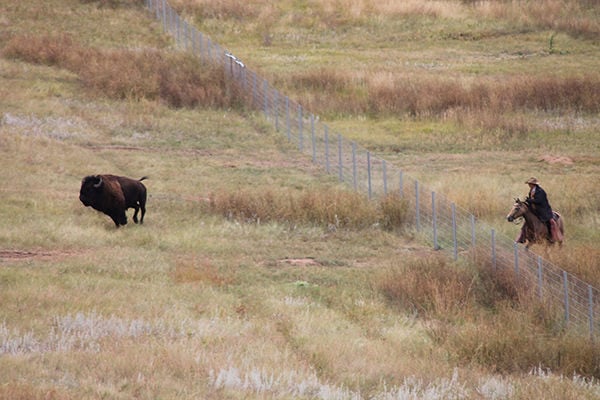 CUSTER — Thousands of spectators braved the early morning air to witness one of the most impressive spectacles still seen in the west, the great buffalo roundup at Custer State Park.

“It’s probably one of the coolest things that happens in the state,” said Chris Hull, communications specialist with South Dakota Game, Fish, and Parks Department, which manages the herd.

Since 1965, the park has opened its doors to awe-struck visitors to watch as the 1,300 strong herd is rounded up for its annual health and welfare check. Wranglers from all across the country vie for the opportunity to run the most famous buffalo herd in America.

“It’s kind of like a lottery,” said Hull. “You have to apply and you kind of have to have some cowboy/cowgirl credentials … we get them from all over.”

Hull said anywhere between 65 to 100 wranglers on horseback, and more in vehicles, drive the herd from their grazing grounds to the corrals at the southern tip of the park.

“The volunteer work and the staff time that’s put in behind the scenes (with) parking and bathrooms and everything is probably unprecedented in state government,” he said with a laugh.

Hull explained that, in addition putting on a great show, the roundup is needed to keep an accurate count of the herd and give the animals any medical attention they may need.

“The reason why we do this is so they can bring in the herd,” he said. “A lot goes into that, they’re giving all the new calves brands and inoculations and ear tags.”

Part of keeping the herd healthy is keeping it at a manageable number. Throughout the year, studies are conducted at the park to inform officials how many buffalo the grazing areas of the park can sustain. Those studies tell the herd managers how many of the buffalo need to be sold to other ranches each year.

“Those buffalo go all over the world and that money is basically used to sustain the herd in Custer State Park for the rest of the year,” Hull explained.

Hull said the buffalo herd at Custer State Park has one of the purest bloodlines left in the country.

“A lot of the buffalo that you see out there, somewhere back in the day they were probably crossed with a cow somewhere,” he explained.

Because the herd’s lineage can be traced back to the days when the West was young, individuals from the Custer State Park herd are in high demand for breeders.

The Roundup has exploded throughout the years into a days-long event where people form across the globe converge in South Dakota to partake in the festivities.

“We’ve got people coming from all over the world for this,” Hull said.

Along with the roundup, an arts festival attracts hundreds of local and wide-spread venders to the area.

“The festival’s really kind of grown and changed and it’s really cool,” Hull said. “There’s a lot of excitement just tucked up into the middle of this roundup too.”

The Custer State Park Buffalo Roundup is one of the last remaining chances for people to witness the majesty of these incredible symbols of America and experience a fraction of the grandeur they once represented.

“I don’t know where it comes from, without getting too poetic or anything,” Hull said. “They seem like this docile thing but there’s a lot of power there and a lot of history there. (It’s) just that last bastion of the west.”