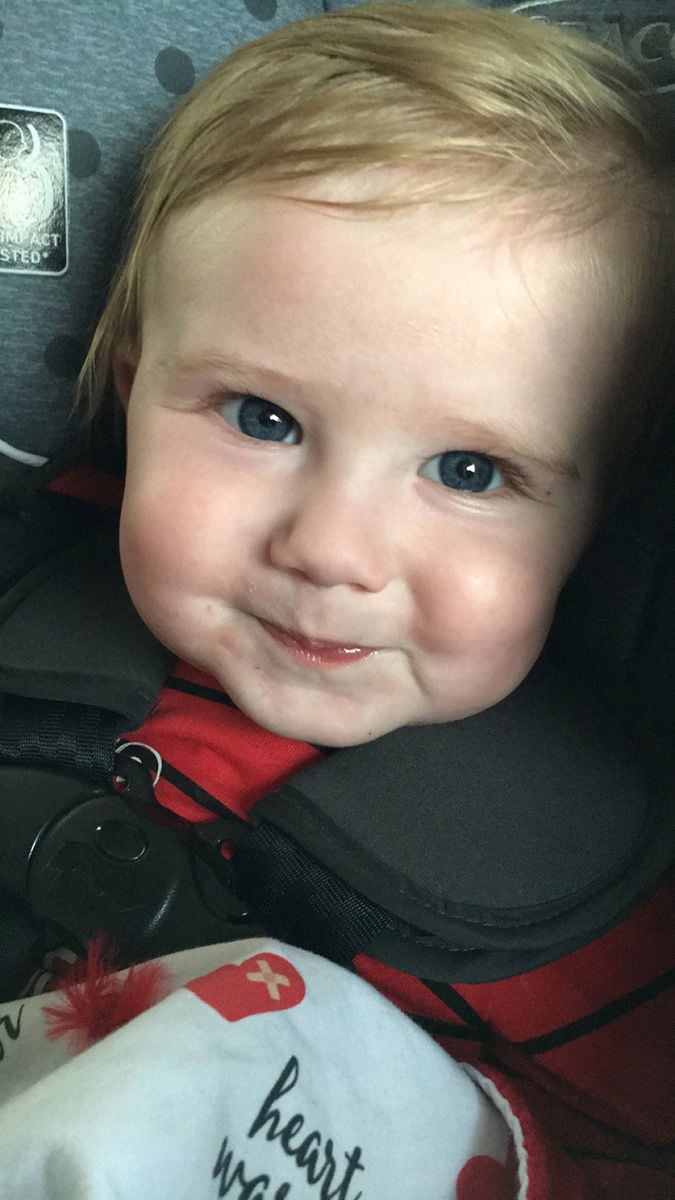 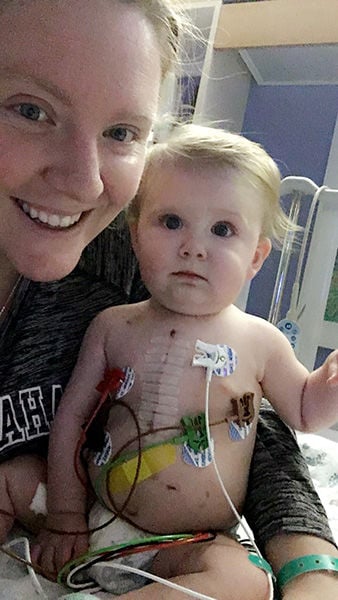 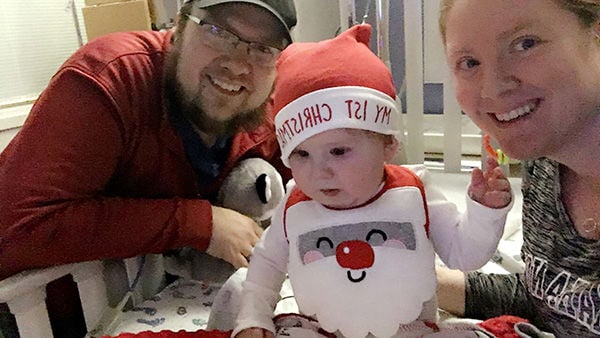 The 7-month-old son of Justin and Rainee Lisko had surgery on Dec. 18, at Children’s Hospital and Medical Center in Omaha. The surgery lasted much longer than anticipated, Rainee Lisko said.

“It had been scheduled for seven hours, but they had to open him back up and all together it took 13 and a half hours,” she said.

Medical staff told the Liskos that George was having some arrhythmia issues or problems with the rate or rhythm of his heartbeat. They also said he had a pinching of a coronary artery.

They initially had closed George’s chest after about six hours of surgery, then realized they needed to open him again and fix the issues.

George was born with a myriad of heart issues. The surgery on Dec. 18 involved reconstructing George’s whole heart.

He was diagnosed with levo-Transposition (LTGA) of the great arteries of the heart. The primary arteries, the aorta and the pulmonary artery, are transposed.

During surgery they built conduits along the bottom of George’s heart. Then, they switched the conduits on the top. Both were done so that the blood flows correctly through the heart.

Following surgery he was on a ventilator for five days.

They were removed just in time to enjoy a visit from Santa Claus on Christmas Eve.

Justin said the hospital staff and volunteers made Christmas so special for George.

“I told George he shouldn’t expect to get that many gifts ever again,” Justin joked.

But the best gift for the Liskos this Christmas was to bring George home following the surgery, Justin said.

Both Justin and Rainee say they want to thank all who sent cards, messaged and prayed for George during their time in Omaha.

“We could feel the power of prayer. There was a lot of peace throughout the whole 10 days we were there,” Rainee said.

If all goes well, George may not have to have another surgery until he is 7 or 8 years old.

“This was the one to get past,” Rainee said of the December surgery. “We feel like we are at the top of the hill and we get to go downhill for a while before we hit another bump in the road.”

The Liskos arrived home on Dec. 31, and got to ring in the new year with George in his own bed.

“My wish for the new year is a heart-healthy George,” Justin said.