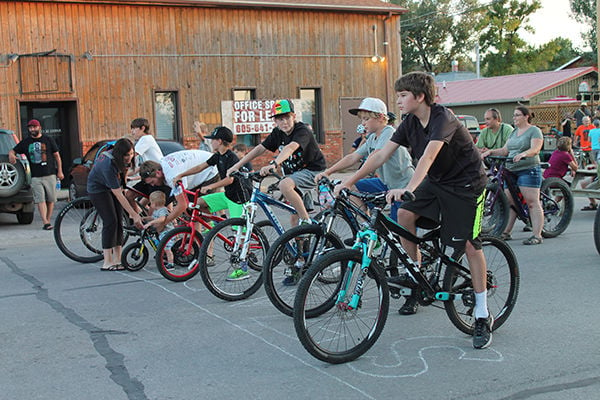 Events for all ages, covering a variety of interests and topics, are part of the Spearfish Bike Week festivities beginning today through Sunday, Sept. 3. Pioneer file photo by Kaija Swisher 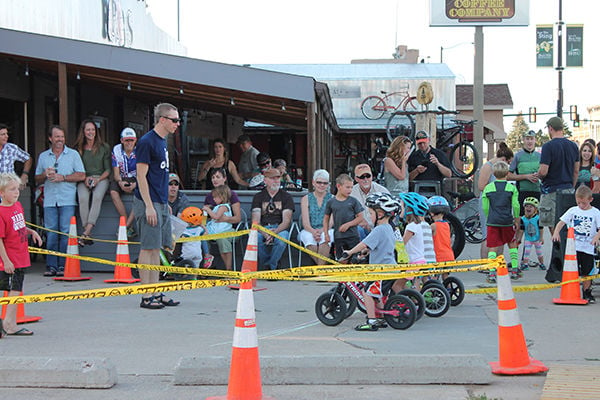 Events for all ages, covering a variety of interests and topics, are part of the Spearfish Bike Week festivities beginning today through Sunday, Sept. 3. Pioneer file photo by Kaija Swisher

SPEARFISH — Area residents are encouraged during the fifth year of Spearfish Bike Week to remember the words of John F. Kennedy, who is quoted as stating, “Nothing compares to the simple pleasure of a bike ride.”

The events begin today and run through Sunday, Sept. 3, the date of the famed Dakota Five-O mountain bike race that begins and ends in Spearfish. The events cover a variety of topics in an attempt to reach bicyclists at all levels and ages, and each year, new events are added to the schedule as additional community groups get involved to help plan the events, which is mainly organized through the Spearfish Community Bike Shop, formerly the Spearfish Bicycle Cooperative, a volunteer-run community space that provides tools for anyone to use and education about bicycles and their benefits. While the events are put on through sponsorships, freewill donations are accepted during the week to support the nonprofit.

“It’s (Spearfish Bike Week is) always a good time with fun events and just a great time for the community to come together and celebrate Spearfish and biking,” John Williams, co-founder of the Spearfish Community Bike Shop.

The schedule kicks off with the Tour de Spearfish, a local pub crawl for bicycles, at 4 p.m. today, with registration at Crow Peak Brewery. Participants are encouraged to bring friends, dress in costumes, and register to win a New Belgium Fat Tire Cruiser.

Sunday features the community social ride and barbecue, beginning at 5 p.m. at Spearfish City Park. The ride is planned for all ages and abilities, and following the ride, a barbecue featuring local food, as well as entertainment by local musician Jami Lynn takes place at the city park central shelter.

On Monday from 5-7 p.m., there will be an informal meeting of Green Drinks, geared toward anyone interested in the environmental field, at Sunshine Café at Good Earth Natural Foods. Also on Monday is a “Bike to Spearfish History” ride, which is a short ride with stops highlighting historic points of interest in the area. It begins and ends at the W.S. Tretheway Pavilion in Spearfish City Park, with a start time of 5:30 p.m.

On Tuesday, people are invited to “Beyond the Bike Path” at 10 a.m. at Blackbird Espresso to discuss riding bicycles in town, including planning a route, safety, and accessories, with a ride around town to follow. Also on Tuesday is a ride to Bridal Veil Falls in Spearfish Canyon. The ride begins at 6 p.m., with participants meeting at Two Wheeler Dealer. Participants are encouraged to bring water and dress for the weather.

Wednesday features the popular Alley Cat Scavenger Hunt, which begins at 6 p.m. at Killian’s. Participants follow clues around town, riding their bicycles, with prizes to follow.

Thursday’s events include the Tour de Brewer, a homebrew equipment tour, which begins at 5:30 p.m. at the W.S. Tretheway Pavilion in Spearfish City Park. At 7:30 p.m., the bike-in-movie, “Breaking Away,” will begin at Evans Park. Participants are encouraged to ride to the movie and bring their own popcorn.

Friday features the official Dakota Five-O pre-party from 5-10 p.m. on Grant Street off of Main Street in downtown Spearfish. There will be music by Smooth Beethoven, a bicycle show and shine, a bicycle raffle, Strider bike races beginning at 6 p.m., slow bike races starting at 7 p.m., prizes, and more.

On Saturday, Sept. 2, there will be a bicycle safety workshop from 1-3 p.m. at Grace Balloch Memorial Library, and the event includes a bicycle and helmet fitting. There is a bicycle tour of the community “Linking Fences” art installations that begins at 3 p.m., with participants meeting at Spearfish City Hall, and later, from 5-7 p.m., there is a pasta feed at the W.S. Tretheway Pavilion in Spearfish City Park. There is a $10 cost per plate, with proceeds benefitting the Spearfish Community Bike Shop.

Sunday, Sept. 3, showcases the start of the Dakota Five-O race at 7 a.m., with spectators invited to cheer on the participants at the starting line and return for the award ceremony and after-party following the race.

Jeremy Smith, co-founder of the Spearfish Community Bike Shop, said that the week has grown out of the desire to celebrate bicycles in daily life and that the organizers try to work in as many aspects of bicycles as possible during the week. This year, he is excited to see how the week is coinciding with a lot of bicycle infrastructure/signage being installed around Spearfish, as there is a new fixit station on Main Street; signs are being added to the city’s rec path; and bicycle route maps are planned to be installed along the rec path.

“It’s fun to see city-wide growth in bicycles,” he said.

Smith is looking forward to some of the new events on the schedule this year.

“I’m also really excited about the community ride, because it seems like the best way to kick off a celebration of bikes is that community ride and barbecue,” he said.