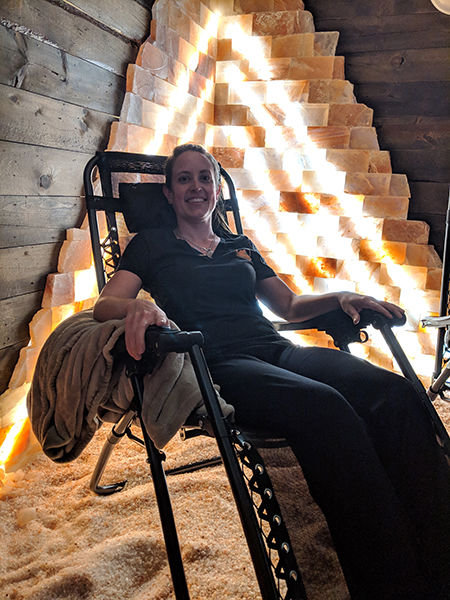 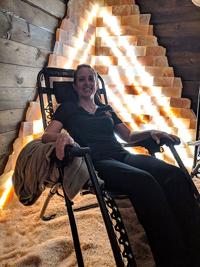 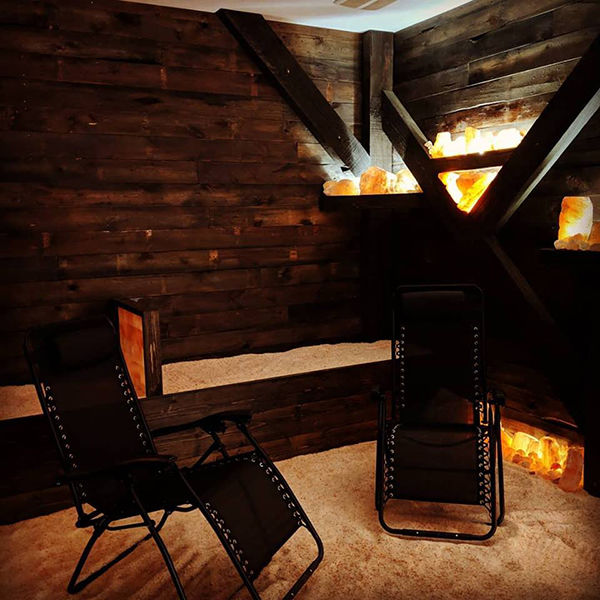 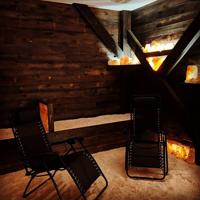 The 2,500-square-foot space is built around a man-made salt cave that includes three tons of Himalayan salt. People can enjoy 45-minute sessions, sitting in zero-gravity lounge chairs, with rock salt on the floor. There are sand toys within the cave, for children to play in the salt, and a halogenerator, a special type of equipment that is used to provide safe and effective dry salt therapy, also known as Halotherapy, crushes up pharmaceutical-grade salt and blows it into the air. Johnson explained that this allows salt particles to get into the lungs, opening up bronchioles, part of the conducting zone of the respiratory system.

Salt therapy has been popular in Europe for decades and is gaining popularity in the U.S., and the Black Hills Salt Cave and Spa’s brochure describes that “This Himalayan salt enriched micro-climate will release negative ions to help balance your health in a natural way by strengthening your immune system.”

Johnson described that the environment benefits a range of health issues, from respiratory issues to seasonal affective disorder, improving mental and brain health and energy. She had been wanting to open a spa since she started doing massage 13 years ago and wanted to incorporate something into the business to help people get out of the cold during the winter — so the salt therapy concept provided the perfect pairing.

The space — formerly Connection Church — was completely rebuilt from the inside, and though it is built around the salt cave, Black Hills Salt Cave and Spa offers a number of spa treatments, including massage therapy, infrared sauna, wraps and scrubs, spa packages and parties, and hopes to soon offer esthetician services like facials and other skincare.

There are five treatments rooms, plus two infrared saunas, a relaxation room, and the salt cave, in addition to the lobby, where salt lamps and other salt products are for sale. Currently, Johnson employs a staff of five.

“It’s been great to work together with other like-minded therapists and found great staff that are just making it work,” she said.

“It’s super convenient for people: Anybody can find it, it’s downtown, lots of foot traffic,” Johnson added about the location.

More information, booking options, etc., is available online. Black Hills Salt Cave and Spa has a Facebook and Instagram page, as well as a website, blackhillssaltcave.com.

“Everybody’s really interested in the salt,” Johnson said, describing that she’s handed out many brochures directing people to more information about the health benefits.

“We’re super excited to be here,” Johnson said, encouraging people to stop in and check out the Black Hills Salt Cave and Spa.