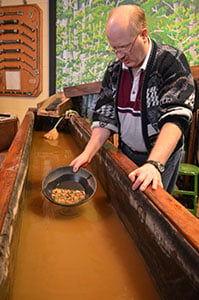 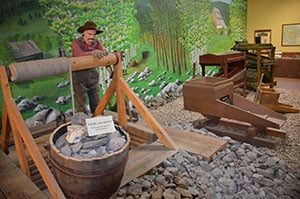 LEAD — In addition to the official South Dakota state flag, there’s a state bird, a state animal, a state dessert and even a state drink. So why not an official state mining museum? If a recently introduced bill which has made it to the Senate passes, that notion just may come to fruition.

When the idea was introduced by Rep. Tim Johns, R-Lead, the House sponsor of a bill to designate the Black Hills Mining Museum as the official mining museum of South Dakota by former state senator Tom Nelson, he thought the idea was a golden one.

“We don’t have a state mining museum,” Johns said. “Given the history of mining in the Black Hills, I think the Black Hills Mining Museum is well worthy of it. We’ve got a state designation for everything else. I think it’s great recognition for the Black Hills area. I think it’s important recognition, given that mining has been an intrinsic part of the state’s history for a long time. In the 1930s … mining contributed 25 to 50 percent of the state budget. It’s only worthy of recognition, considering everything that mining has contributed to the economy.”

Johns added that it will be nice to have the recognition for the museum, which will soon expand to include educational programming among its offerings.

Black Hills Mining Museum Board of Directors President Todd Duex said that he thinks the designation is very appropriate.

“With the history of mining in Lead and the Homestake Mine--it really was the face of mining for over 125 years — and as mining continues to be one of the major economic drivers in the state with the Wharf Mine,” Duex said. “Mining here has also allowed for the development of the Sanford Underground Lab too. It’s a gift that keeps on giving.”

Black Hills Mining Museum Board Secretary Bob Phillips said that should the designation go through, there will be no change-over in store for the organization.

“There will be a lot more recognition in state publications and additional information put out by the state,” Phillips said. “I think it’s a great idea. We’ll remain the same we always have been, but would also be able to put the official state designation on our stationery, tickets, brochures and bring a lot more recognition to the museum, especially for people outside the Lead-Deadwood area looking for something to do when they’re coming to the area.”

The state designation does not mean the entity would receive state funding. It simply means more exposure and the ability to market itself as the state mining museum.

The Senate sponsor of the bill is Sen. Bob Ewing, R-Spearfish.

Nor do we have a group which serves as the official state 3 Stooges, but I know who the front runners are.