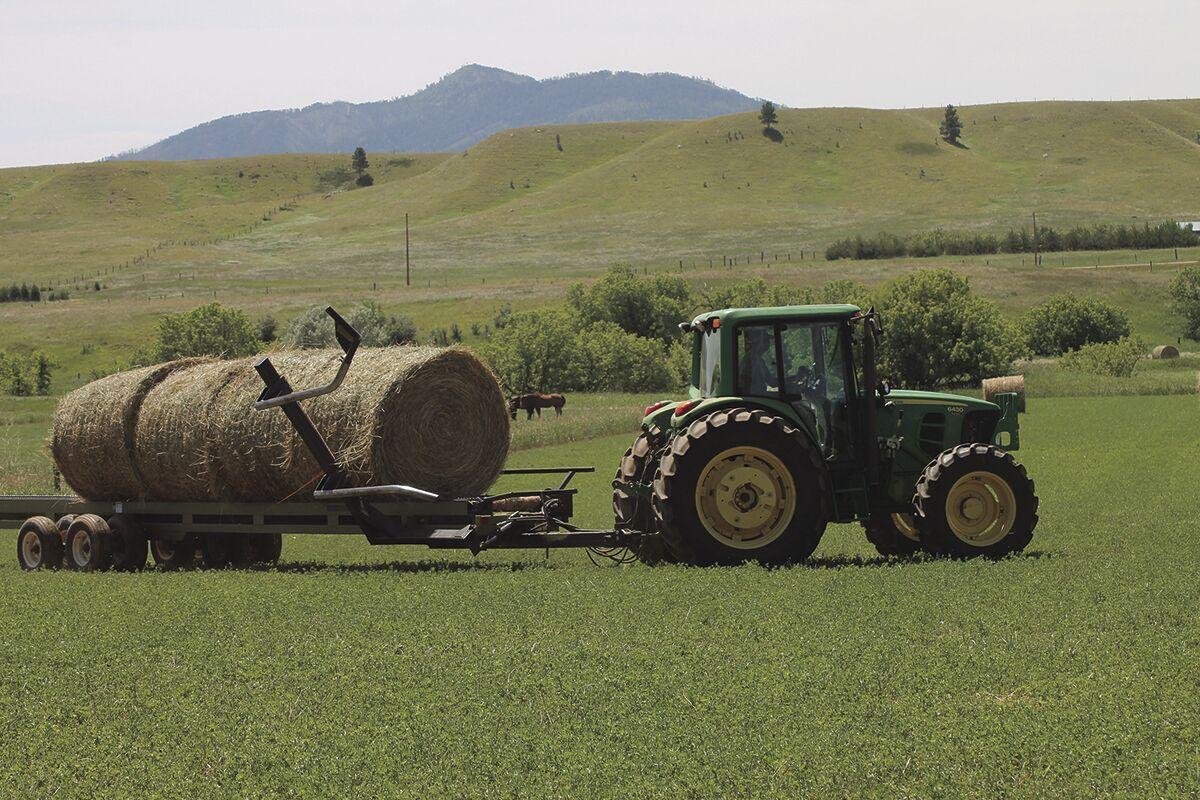 Rancher Aaron Thompson hauls his hay across a pasture to be stacked for winter. Pioneer photo by Alex Portal 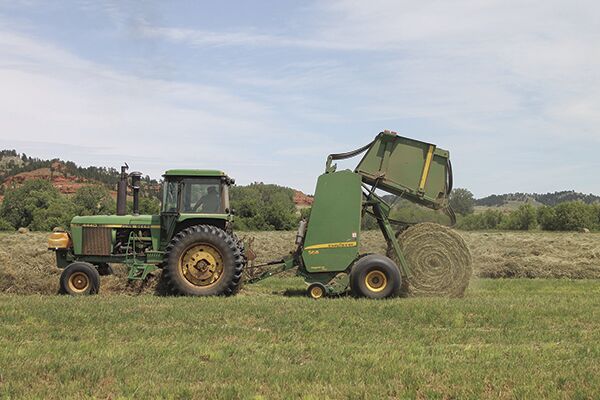 Aaron Thompson bales a pasture of hay on his ranch as he gears up for the winter. Thompson unloads a finished bale of hay. Pioneer by Alex Portal 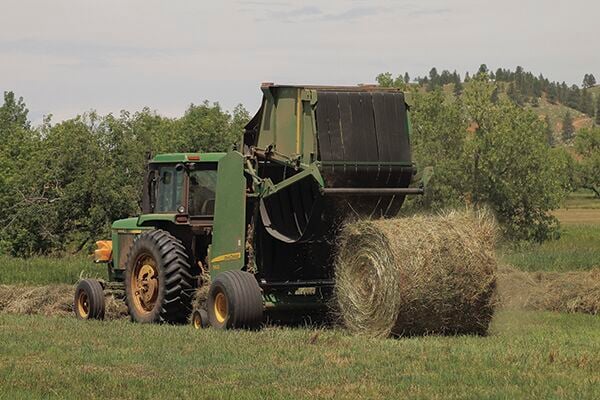 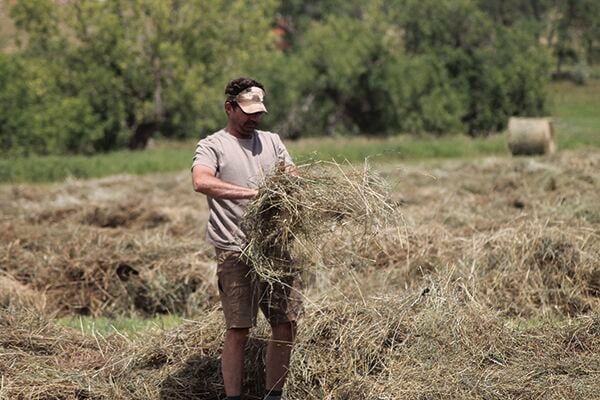 Thompson checks the moisture level of his hay before baling it. Pioneer photo by Alex Portal

Rancher Aaron Thompson hauls his hay across a pasture to be stacked for winter. Pioneer photo by Alex Portal

Aaron Thompson bales a pasture of hay on his ranch as he gears up for the winter. Thompson unloads a finished bale of hay. Pioneer by Alex Portal

Thompson checks the moisture level of his hay before baling it. Pioneer photo by Alex Portal

SPEARFISH — While his cows munch merrily on the fulsome foliage within the Black Hills National Forest, local rancher Aaron Thompson is hard at work making sure his bovine have plenty to eat come winter.

“We can rely on nature to feed (the cows) through late spring, early fall, summer,” Thompson said. “The rest of the time it’s on us to figure out how to feed them.”

Thompson explained that on ranches with more acreage, crop space can be managed for animals to graze throughout the year. Here in the Black Hills, where space is at a premium, ranchers depend on irrigation to help increase the yield from every acre of crop space.

Thompson runs a cattle operation on the same land his family has worked since 1888.

To take care of his cows’ nutritional needs during the winter months, Thompson grows a rotating crop of grass and alfalfa to get the right mixture of protein and energy into their diet.

“A cow’s metabolic needs change a lot based on how cold it is, how much protection they have, can they get out of the wind, what stage gestation she’s at … all that effects what a cow needs,” he said.

Thompson uses his irrigation system to grow a robust crop of forage for his cows. Each year he looks to take two or three cuttings worth of hay to be stored for the winter. Thompson needs to be precise in his timing for each cutting of hay to maximize the nutritional value of each bale.

“If you let your hay go way, way, way too long in first cutting, the lignin content goes up and your digestibility (goes down). You’re not getting all that you could of out of it,” he said.

Thompson said the longer he waits to cut his hay, the more tonnage he may get, but it could be much less nutritious.

“So it’s kind of counter-intuitive, you don’t want to let it go to it’s maximum tonnage, you’re wanting to kind of hit a sweet spot between how much good you’re getting out of it versus actual tonnage,” he said.

Once the hay is cut, it’s sorted into rows and left to dry, but even that Thompson must be vigilant on; if the hay is too dry, not only will nutrients be lost, but the bales won’t pack together well. Too wet, and the hay will mold and become completely unusable.

“You have to let it dry down and get it into that low enough moisture content to where it’s not going to mold but you still have enough moisture to where it’s going to go into the bale instead of just dribble out onto the ground,” he said. “The idea is when you grab a big wad of hay and twist it, the stems crack … but the leaves are tough, they feel like sort of a wet shammie.”

To add a measure of urgency, Thompson said any hay that is cut and then gets rained on, not only leech nutrients, but has to be left to dry even longer, which holds up the growth for the next cutting.

To cut the grass for hay, Thompson and other ranchers use a swather, they then drive through the pasture a second time raking, or turning, the hay. This allows it to dry. Finally, a third pass is made, this time with a baler, Thompson bales his hay in large round bales weighing approximately 1,200 to 1,600 pounds each.

Lastly the bales are hauled to a stack yard where they will remain for the long winter when they are fed to the cattle.

“The whole time you’re screwing around, you keep running over the hay that’s coming, so there’s a strong impetus to get it cut, baled, off the field as quick as you can,” he said.

Thompson said his herd can eat close to 5,400 pounds of hay a day, so to keep his cows happy and healthy throughout the harsh Black Hills winter months he puts up at least 500 tons of hay every season.

“That’s what I like to see in the hay stack at the end of summer,” he said. “Whether you get that or not is always a fun question.”