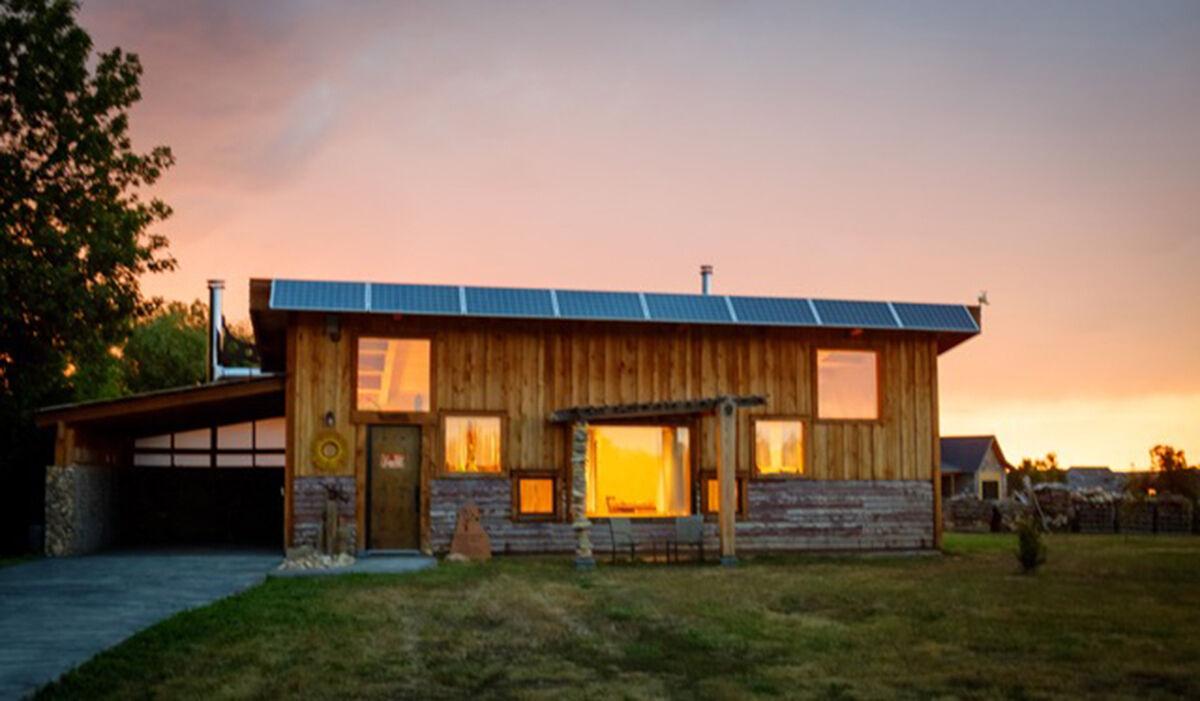 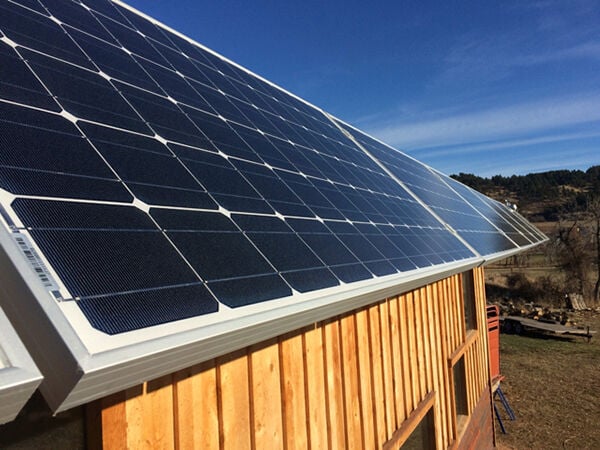 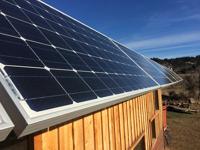 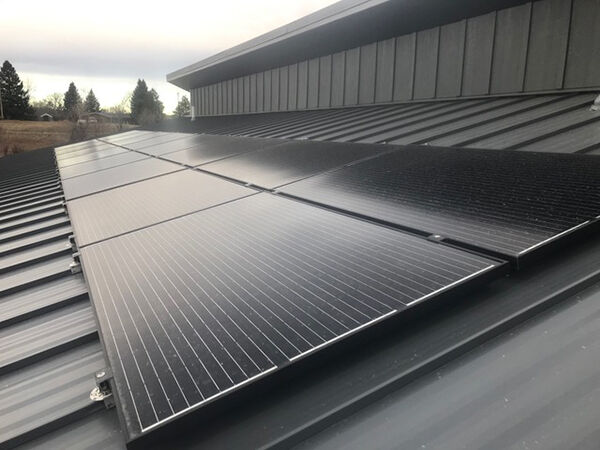 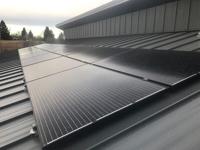 SPEARFISH — Black Hills Power customers who have renewable energy systems would pay for 100 percent of their energy consumption, even that which they produce themselves, and be reimbursed at a much lower rate for solar and wind energy production under a proposed “buy all, sell all” tariff.

Black Hills Power Inc., doing business as Black Hills Energy, presented its proposed Cogeneration and Small Power Production Service Tariff, also known as the QF Service Tariff, March 19 to the Public Utilities Commission for approval. The proposed tariff applies to Black Hills Power customers who are able to generate 1 megawatt or less of their own electricity through solar or other renewable energy systems. The change would require those customers to purchase 100% of their electricity, including that which they produce through their own systems, from the utility company. According to the power company, rates vary between customers. Additionally, the tariff assesses a $10 per month charge related to the maintenance and service of the power meter. This is the “buy all” portion of the proposal.

In what is called the “sell all” portion of the tariff, Black Hills Energy proposes to pay its renewable energy customers for all of the power they generate, at its current avoided cost rate of $.0248 per kilowatt hour.

If approved, the QF Tariff would go into effect June 1.

Jason Keil, regulatory manager with Black Hills Power, Inc., said in his testimony to the PUC that the reason for the change is to keep up with the fixed costs associated with providing power service to all customers. He explained that the utility company recovers up to 75% of its fixed costs associated with power generation through customer volumetric charges. So, he said, renewable energy customers, referred to as “behind-the-meter” customers who still rely on electricity service from Black Hills Power, but who reduce their energy consumption by installing renewable energy systems such as solar or wind power, do not pay their share of the fixed utility costs.

Fixed costs include those associated with building, maintaining and operating the electrical grid. This includes poles, wires, and equipment to provide service.

Black Hills Power currently has about 80 customers with behind-the-meter generation systems. The majority of those systems are private, on-site solar installations.

According to the tariff proposal, existing behind-the-meter customers who currently only pay for their electricity consumption from the grid, will be grandfathered into existing practices until May 31, 2041. After 20 years have passed, all Black Hills Power customers with renewable energy systems will be subject to the proposed new tariff.

Jeremy Smith, who operates Cycle Farm, a mixed vegetable farm in Spearfish, is one of those 80 customers. He said solar energy is part of his business that he intends to be operating beyond that 20-year timeframe. Smith explained that he currently pays about 9 cents per kilowatt hour for the electricity he receives from Black Hills Power, but his usage is offset by his solar energy system. Under this tariff he will pay the same rate for all of his electricity usage, and he will be paid $.0248 per kilowatt hour for the solar energy he produces. Add the $10 meter fee to that bill, and Smith said he is being charged to produce his own energy on a system that he independently purchased.

“It pretty much destroys any fiscal incentive,” Smith said. “South Dakota already has poor fiscal incentives for solar, but this makes it totally unfeasible for anyone to put in any sort of renewable energy on their side of the meter. It feels a little like theft.”

Spearfish businessman and developer Jared Capp, owner of Black Hills Homestead and Pangea Design Group, said he is currently developing an agritourism facility north of Spearfish, where renewable energy is showcased. But if the Black Hills Energy tariff is passed, his agritourism business, as well as any small-scale power cogeneration would be at risk.

“If the amendment passes as requested, it would essentially eliminate any small-scale power cogeneration, because it would make it fiscally unadvisable,” he said, reporting that he also pays about 9 cents per kilowatt hour for electricity he consumes from the grid, and under the amended tariff would be reimbursed at $.0248 per kilowatt hour for energy he produces.

Additionally, Capp said since the tariff applies to systems that generate at least 1 megawatt or less of energy, it is discriminatory against small generation systems.

Richard Bell, a Rapid City resident who has a solar power generation system installed at his house, cited several studies when he intervened in Black Hills Power’s request before the PUC. A January 2017 study from the Lawrence Berkeley National Laboratory, he said, concludes that solar customers do not have a negative impact on non-solar customers. In his petition to the PUC, Bell also cited other reports of renewable energy compensation rates of between 7 cents and 24 cents per kilowatt hour. In some cases, Bell reported that compensation rates are at least 10 times the amount Black Hills Power proposes to pay for power produced by renewable energy generators.

“Therefore, it is clear that this proposed new tariff by BHP is a grossly unfair overreach,” Bell wrote to the PUC. “BHP wrongly asserts that (behind-the-meter) customers are not paying ‘their fair share of the costs.’ As is documented in several studies, BHP are using this myth to advance a new tariff that specifically targets customers to pay extra charges and to not properly credit them for the benefits they provide to BHP, to other customers and to society.

“In reality, the more people who install renewable energy systems, the lower the stress on the grid,” Bell continued, as he pointed out that less demand means less infrastructure improvements and maintenance.

But Black Hills Power representatives said the company is losing revenue as a result of behind-the-meter generation systems. He said the energy generation is not the same as energy conservation that reduces demand.

“Every customer, including those with low or fixed incomes, can take small and inexpensive actions to conserve and save on their energy bill. Black Hills Energy actively supports, educates, and encourages customers to save energy. Not every customer can afford or is able to install behind the meter generation. Those who choose not to or are unable to install generation should not subsidize or unfairly pay for system costs that are incurred by other customers. Our proposed amendment is about establishing fairness in the way our electric rates are structured. We are strong proponents of renewable energy development and are committed to delivering innovative options that benefit all customers. We recognize the demand for renewable energy is growing and we are committed to providing our customers with clean energy options that support the expansion of affordable renewable energy in our region.

“While the number of (behind-the-meter) customers is relatively small at this time, it is creating a subsidy that if unaddressed will be more impactful over time. Black Hills Energy is requesting to address this issue now with new interconnections going forward because we believe costs should be recovered equitably by those customers that are incurring the cots on the system,” the company added.

But Smith said the utility company’s logic is flawed. “I feel like their argument says that if I go on vacation for three months and I’m not using my power, suddenly I’m not paying my fair share,” he said. “People who go on vacation, or have energy efficient appliances, are also robbing from the utility in the same way, which is not a true statement. The utility should be encouraging energy efficiency rather than penalizing it.”

The Public Utilities Commission is expected to discuss the proposed tariff and any interventions that customers have filed against it at their next meeting, Thursday, April 29 at 8:30 a.m. Currently there are at least seven businesses or private residences who have filed petitions to intervene against the Black Hills Energy proposal. The Public Utilities Commission will not make a decision at this time, and a hearing to discuss the proposal has not been scheduled. According to its policies, the PUC has six months to investigate and make a decision about rate requests before the utility may put the proposal into effect on an interim basis. If the PUC decision is not favorable to Black Hills Energy’s proposal, the company will be required to issue refunds for any rates charged under the interim period. For more information about the PUC process, visit  https://puc.sd.gov/commission/publication/electricratecasehandout.pdf.