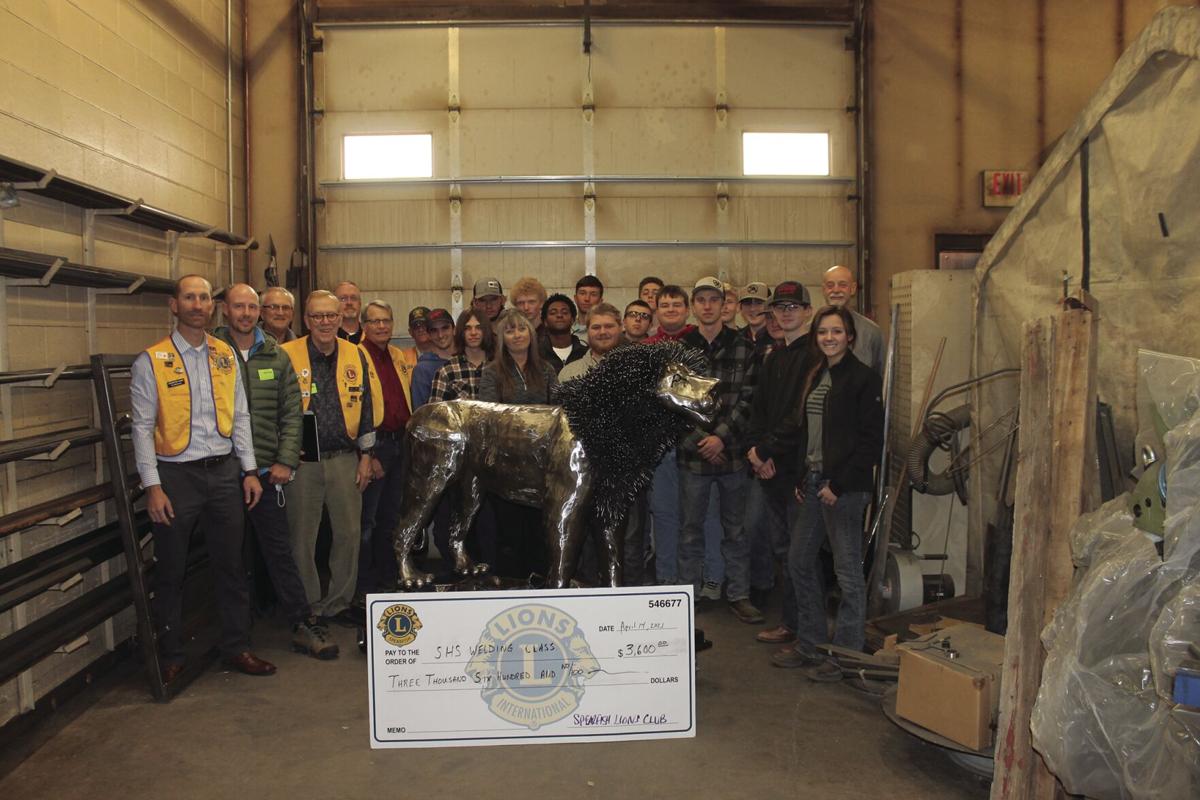 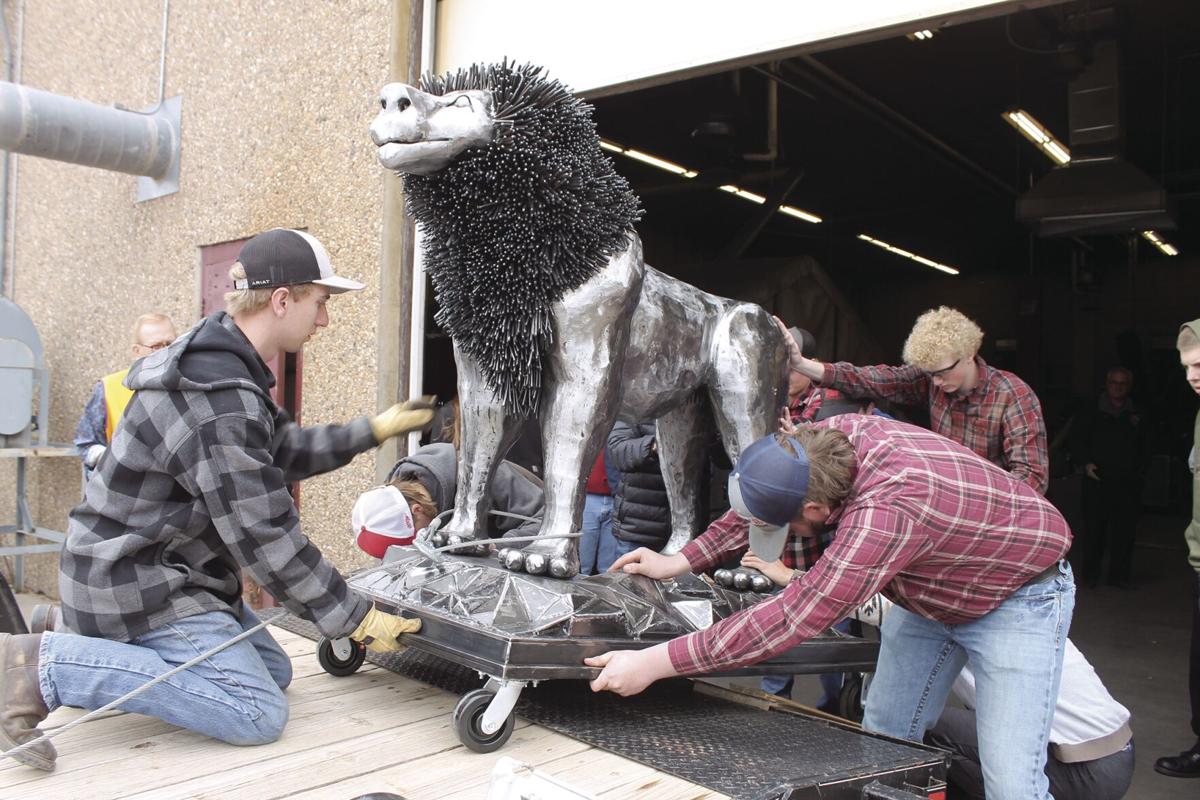 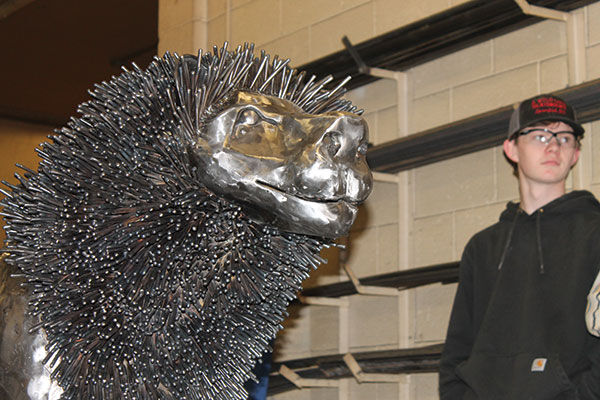 SPEARFISH – After the loss of their paper Mache mascot during Winter Storm Atlas in 2013, the Spearfish Lions Club now has a shiny new lion statue to showcase their pride.

“In 2017, Lion Club members attended a student art show at Spearfish High School where magical items had been created by the welding class,” said Lennis Larson, with the Lions Club. “Hmm… could these welding students create a lion? In visiting with creative welding instructor Kristi McCoy, she thought such a project could be possible.”

The Lions Club commissioned the statue, and work began in earnest in 2019 with students from McCoy’s welding class building the framework for the life-sized lion. Parker DeRouchey was one of the students who worked on the project from the very beginning.

McCoy said the body of the lion was constructed using ¼ inch round rod as the skeleton, and then sheeting it with 4X6 inch pieces of 1/8-inch X 1-inch flat bar.

“We started from the feet and worked our way up,” she said. “Most of it was just bending (the steel) with the anvil and hammer.”

McCoy sculpted the head of the lion herself while her students worked their way up the four-footed feline, but when COVID-19 closed the school doors, McCoy had to hit “paws” on the project.

“We got as far as the feet, and the base was done, and we had to stop,” McCoy explained. “So from the feet up was all done this year.” Building the mane of the steely king of beasts was a herculean task unto itself, which McCoy said took hours and hours to complete. It was built out of 1,600 feet of ¼-inch round rod. Waylon Bayne did the lion’s share of the rod work.

“Waylon worked his butt off on the mane,” McCoy said. “He welded and I held them.”

When asked what he enjoyed most about working on the project, Bayne definitively said, “Finishing it.”

McCoy estimates the lion weighs around 350 pounds and took approximately 500 hours to complete.

The lion will be on display at the Spearfish Arts Center through May 9. It will make it’s way back to the high school for the annual industrial art show on May 20, before being handed over to the Lions Club where it will feature in parades and stand vigil over many club breakfasts and events for years to come.

“No longer will Spearfish Lions Club be without its symbol,” Larson said. “Thanks to the over 50 dedicated advanced welding and welding sculpture students from 2019, 2020, 2021 and determined instructor Kristi McCoy for all their hard work.”