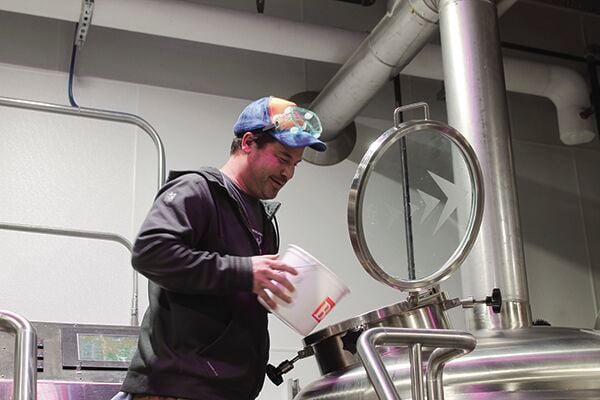 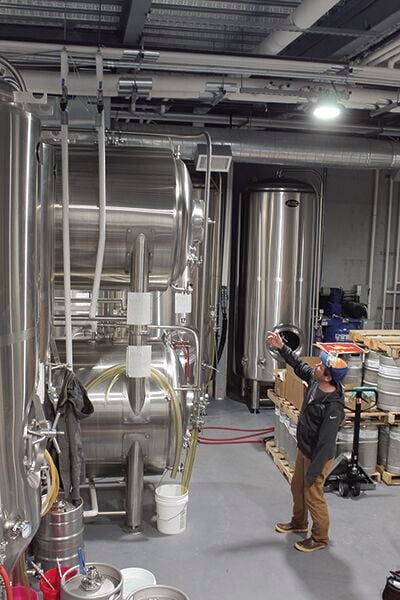 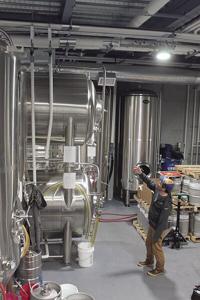 SPEARFISH — Recently, Spearfish Brewing won the distinction of being one of the U.S. Beer Open’s top 10 breweries in America.

Nathan Venner has been brewing beer with Sodak Brewing Company, LLC, the locally-owned entity which manages Spearfish Brewing, for three years; and in that short time his carbonated concoctions have won him not only the accolades of the beer-loving community in the Black Hills, but over a dozen awards from national beer meisters.

Venner said that for him, being a craft beer brewer requires attention to detail, knowledge of history, an understanding of science both in theory and practical application, and good repetition.

“Understanding history, where beers come from, who made them and really participating in an industry that’s hundreds of years old,” he said.

Without going so far as to compare himself to a great artist, Venner said he likens crafting beer to a painter meticulously mixing and weighing his paints to ensure a consistent color throughout the creation of a masterpiece; and combining that with the passion and creativity that comes with any creative process.

“I like to model myself after people like that who have both the art and the science working,” he said. “To look at Cologne Germany (where Kolsch style beer originated)  and understand their water profile and understand that they’ve been making that beer for hundreds of years and how to make that German beer experience come true for people who drink here in Spearfish.”

As the only professional brewer at Spearfish Brewing, Venner is responsible for coming up with all the beer recipes that are created.

“Parts of the recipe are just the cleaning techniques to make sure that my tanks are clean so that no micro organisms are interfering with my yeast,” he said.

As a particular point of pride, Venner said that every beer that has been poured from Spearfish Brewing, including his national award winners, has been almost gluten free.

“For a lot of people, it’s the first time they’ve actually just drank real beer in years,” he said.

As part of all his recipes, Venner adds a special enzyme, which flushes out most of the gluten in his beers leaving a sparse 20 parts per million of gluten in each batch.

“In a couple years, everybody will be doing it,” he said. “We’re brewing in the future right now.”

Venner said when he discovers a style of beer or learns about a new process for brewing a specific type of beer, he’ll seek out that beer and attempt to reverse engineer it in his brew laboratory. One of the tools he finds most useful in his experiments is the brewery’s reverse osmosis system, which allows him to blend Spearfish water with reversed osmosified water to recreate the water profile of the place in the world where that beer historically came from.

Venner said the mineral-heavy water of the Black Hills make it ideal for brewing browns and porters and strong IPA’s.

“Very hard water, wonderful brewing water, but it does not make a good light lager.”

In addition to the scientific and historical aspects to brewing beer, Venner said the sense of community that accompanies the small, local brew house are what keep him, and the industry as a whole running.

“Your local taproom is a place where people with different educational backgrounds, different religious inclinations, and different political thoughts, and just ways of interpreting the world gather together,” he said. “You’re around people that aren’t like-minded, but they’re like-spirited.”

That “like-spirited” fellowship also extends to others in the industry, and with a number of breweries throughout the Black Hills, Venner said what some may think of as a competitive market is really just a bunch of beer buds commiserating over the thing they love.

When competitions do come up, such as the U.S. Beer Open, Venner said it’s a tremendous honor to be considered by beer experts. In some cases, he said the experts who judge these beer compitions are as well trained and regarded as the finest smileys in the wine industry.

“(Judges) have to be able to taste all flavors at a very low parts per million (ratio),” he said. “(They) have to be very sensitive to flavors and the brewing process.”

For the U.S. Beer Open, judges are given a flight of eight to12 beers for a blind taste testing. All they know about each entry is the type of beer it’s supposed to be. Entries in each beer type category are eliminated down to the top three, and are awarded points for coming in gold, silver, or bronze.

At the 2020 U.S. Beer Open, Spearfish Brewing brought home a gold medals for its Festbier, in the maibock category; and its Adventurepants!, in the double IPA category; as well as a silver medal for their Copper Midge, in the amber lager category. The total points received set them as one of the overall top 10 breweries in the country for 2020. Although Spearfish Brewing has won many times at the U.S. Beer Open – as a matter of fact, since working with Spearfish Brewing, Venner’s beers have also won several awards at national and international levels including the the Great American Beer Festival, and The International Beer Awards – this is the first time the brewery has placed in the top ten category.

Venner said he is thrilled with all the honors Spearfish Brewing has received, but is far more proud to be a part of such a unique and involved industry in the Black Hills.

“Yeah we got an award, trust me, it’s awesome. But we want our staff to be happy, healthy, and have a good livelihood, we want a good work culture, we want to participate in our community and be a part of what’s important to Spearfish,” he said. “Winning an award is just kind of recognizing what we’ve already done, but it’s the things that we do every day … that is way more important than winning any award.”