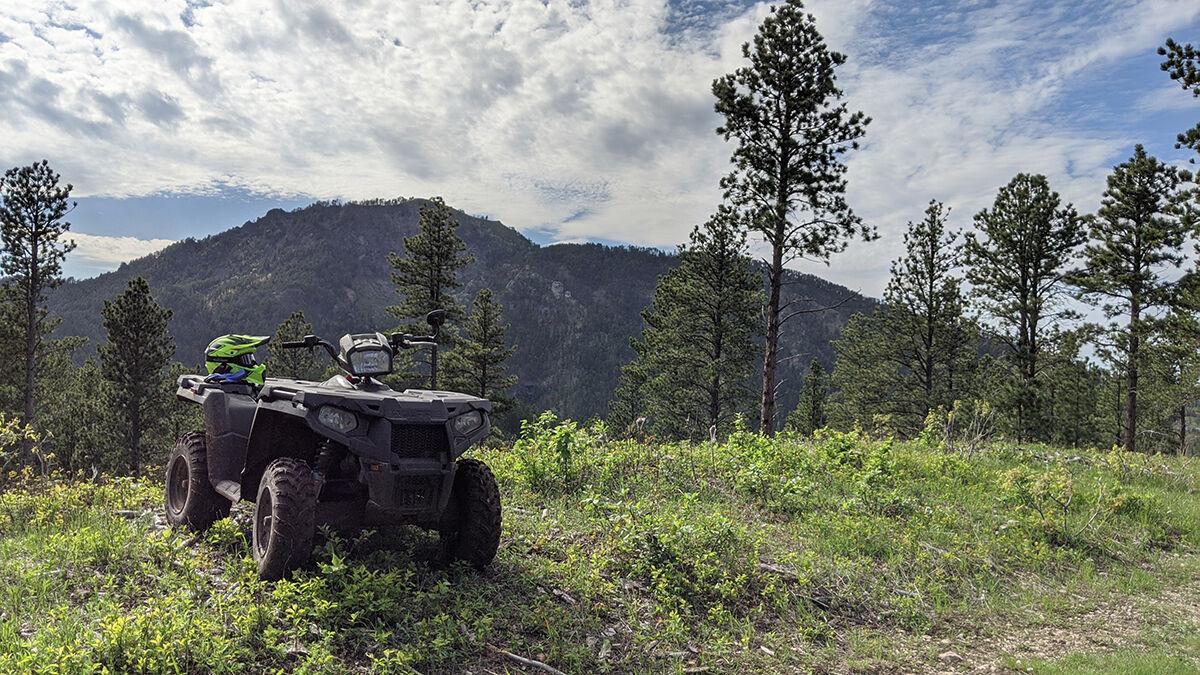 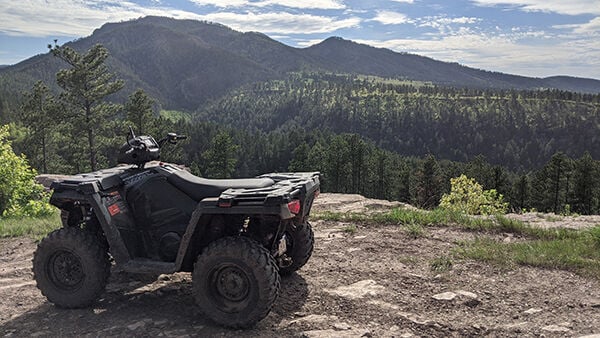 As the motorcycle/UTV (utility terrain vehicle)/ATV (all-terrain vehicle) trails season ended on Dec. 15, Corbin Herman, motorized trail coordinator with the U.S. Forest Service (USFS) reported that this year the agency sold more than 30,000 trails permits. That’s an increase of more than 10,000 permits sold from last year, and significantly more than the USFS has sold in the past.

Herman said the increase is due to the growing popularity of the trails. But the COVID-19 pandemic played a role in the spike, since more people sought to enjoy outdoor recreation this year.

“I would say a big percentage of that is due to COVID,” Herman said. “If you look at the trends over the last few years, it’s kind of been trending up anyway. So it’s probably a combination of both.”

Though he did not have specific data, Herman said a large number of those permits were sold to visitors. They were spread out amongst the three different types of trails available, including motorcycles, vehicles that are 62-inches wide or less, and multi-use trails.

The most popular trails, he said, were for the Nemo and Rochford areas in the Northern Black Hills.

“That is probably the hot spot,” he said.

Lead-Deadwood Economic Development Executive Director Kevin Wagner said that increase has a significant economic impact on the Northern Black Hills area. Though he said he is not aware of an economic impact study that has focused exclusively on UTV/ATV usage in the state, a snowmobile study offers some insight into what the 10,000-permit increase could mean for the area. According to the study that was commissioned by the Game, Fish & Parks Commission, there are more than 13,000 registered snowmobiles in the state that generate an economic impact of more than $131.6 million, with more than $15 million in direct spending. Approximately 87% of those snowmobilers report that they stay in Spearfish, Deadwood and Lead, with 65% of them in Lead and Deadwood. That means the majority of those funds are spent in the Northern Hills.

Since the state doesn’t track out of state snowmobiles, Wagner did a loose comparison of motorized trail permits to residential snowmobile usage.

“So if we have more UTVs than snowmobiles in the state of South Dakota, you have to think that number is comparable, if not greater, in visitor spending, especially considering the season is longer,” Wagner said.

The motorized trail permit season in South Dakota runs from May 15 to Dec. 15, weather permitting. The snowmobile season runs from Dec. 15 through March 31.

“Obviously if visitor spending is $15 million a year used on sales tax revenue type items like food, drink, lodging and gaming, that’s a huge boost to our Northern Hills regional economy,” he said. “It’s something that we need to foster for the (motorized vehicle) trail system and continue to work with our national forest service and Game, Fish and Parks, and local trails association partners in order to foster that trail system in the Northern Hills Ranger District. We need to really make it the best experience that we can for our visitors.”

The Black Hills National Forest includes more than 3,600 miles of roads, with more than 600 miles of trails for ATV, UTV and other off-road vehicles.

I had seen this last week but now just getting back to comment on my side of this story, I know it is nice to see the added revenue from the riders, but is money the only thing that is important to but for us the ones that live here year round it is quiet different.

I have seen this go from being a place for them to ride to an all out system that lets them ride the entire USFS roads, black top such as US Hi Way 16, streets in all of the towns, which is not what it was designed to be.

It took me 24 years to draw my South Dakota archery elk tag, to which I spent 27 days in the month of Sept. I am at a loss for how many inconsiderate riders I came across each day while I was trying to hunt and fill my tag the right way. In one day alone while walking to and from camp I was either met of was passed over 130 machines, the dust was choking, nearly getting ran over, coming into my camping spot Which I was paying for left all of their garbage, beer cans, trash blocked my entry to my spot.

I am not the only one who has seen this transformation and it needs to be addressed at a higher level than this, many of us hunters are on the short end of the stick, but then the almighty dollar is what drives our system, if I have to wait 20 some years they should have to wait that long to. Most are here for a couple of days and then back to the state that they came from, I have lived here for over 45 years and it is getting to be a mess. When you are following a string of 20/30 riders going 25/30 miles per hour and they will not pull over to let trucks pass is very inconsiderate.