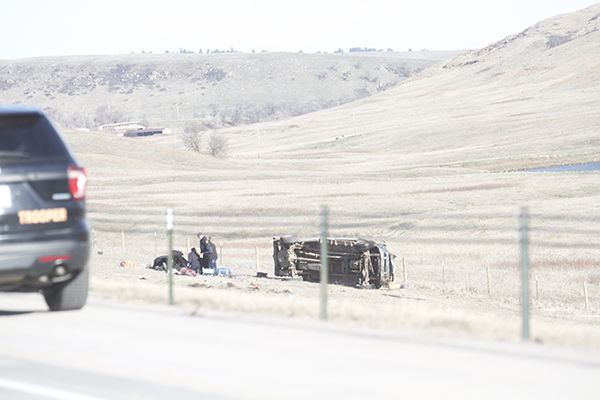 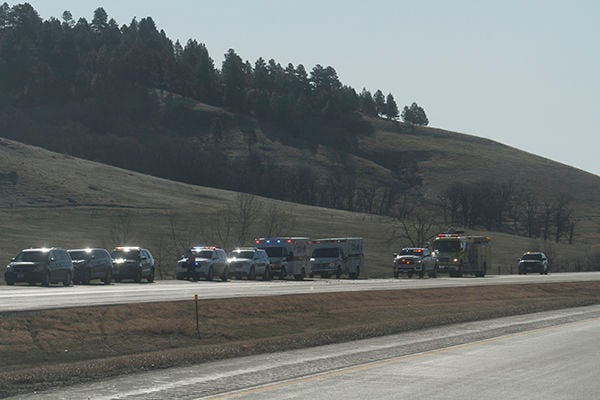 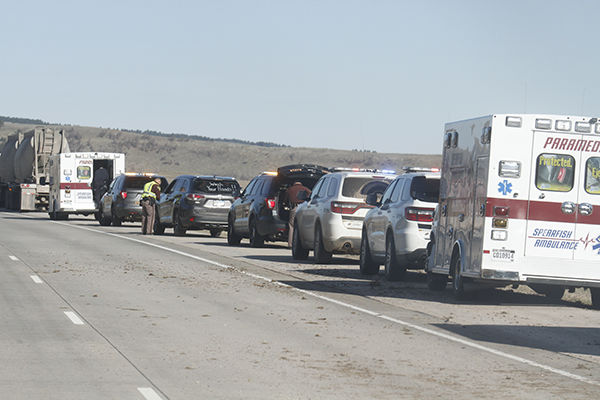 SPEARFISH — One person died Thursday morning in a one-vehicle crash east of Spearfish.

The name of the deceased is not being released pending notification of family members. He was the only person involved.

A 2000 Ford F350 pickup was westbound on Interstate 90 when the vehicle went off the road to the right, collided with a guardrail  and entered the north ditch where it tipped and rolled.

The 39-year-old driver, who was not wearing a seat belt, was thrown from the pickup. He later died at a Spearfish hospital.

South Dakota’s Highway Patrol continues to investigate the crash. All information is only preliminary at this point.

SPEARFISH — A rollover accident on Interstate 90 this morning prompted emergency responders to request LifeFlight respond. According to police radio scanner traffic, at approximately 8:20 a.m. the vehicle, traveling west on the interstate near Mile Marker 21, left the roadway on the north side and rolled, ejecting at least one person. The person(s) were transported to Spearfish Monument Hospital. It could not be immediately determined how many people were involved, nor the type of vehicle. This is a breaking news story and will be updated as more information becomes available.