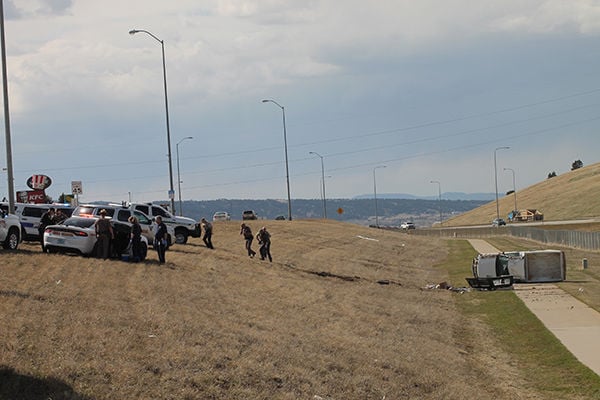 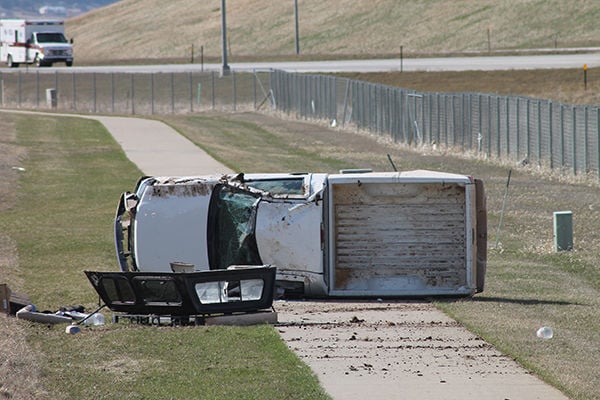 SPEAFISH — A high-speed pursuit that began in Wyoming Monday afternoon ended in a rollover crash in Spearfish.

The driver, Christopher Elman, 32, of Spearfish fled east on Interstate 90 in the westbound lane in a 2006 GMC Canyon.

Elman drove up the westbound on-ramp at Exit 14, the wrong way, drove over the bridge and south along 27th Street. He drove north to Aspen Drive and back to Colorado Boulevard where he attempted to turn west on the road.

He struck a curb and rolled the pickup which ultimately came to rest on its side on the bike path.

Elman was arrested without further incident. He was transported to Monument Health Spearfish Hospital for observation and then taken to the Lawrence County Jail.

Charges are pending and the incident remains under investigation.