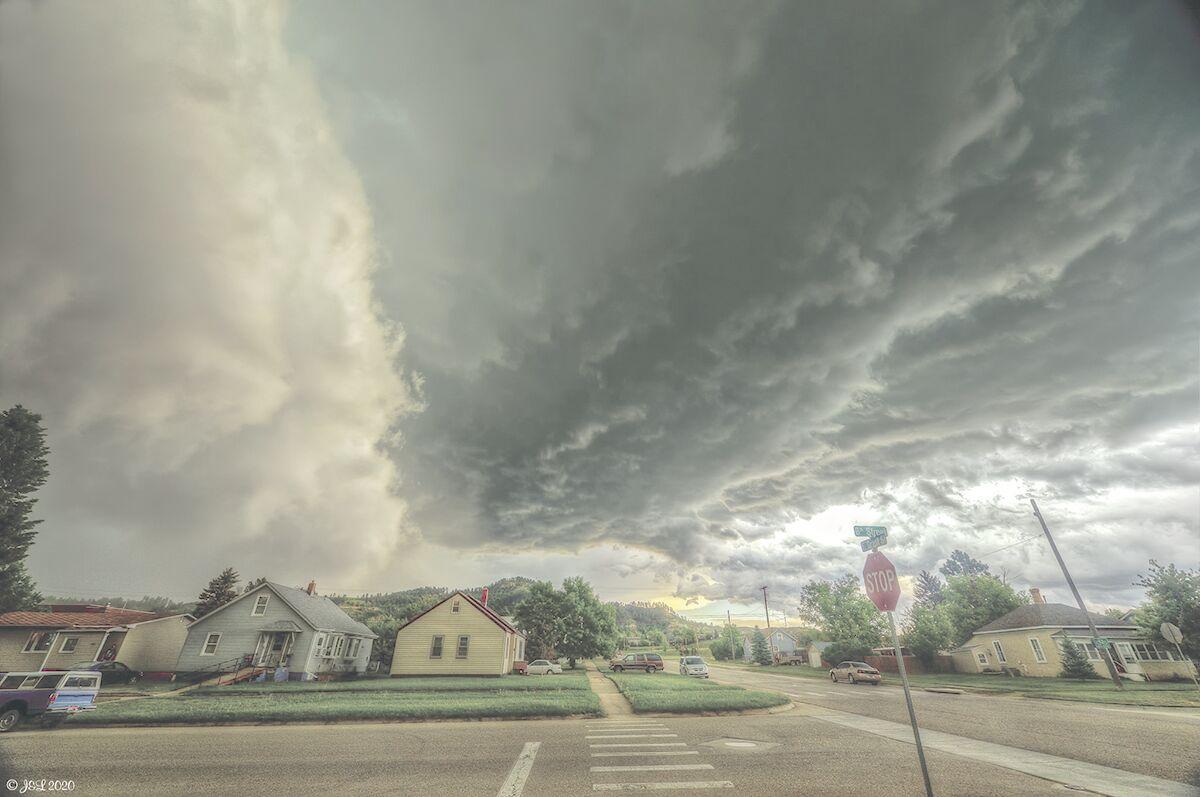 A storm rolls in over Spearfish. Pioneer photo by Lacey Peterson 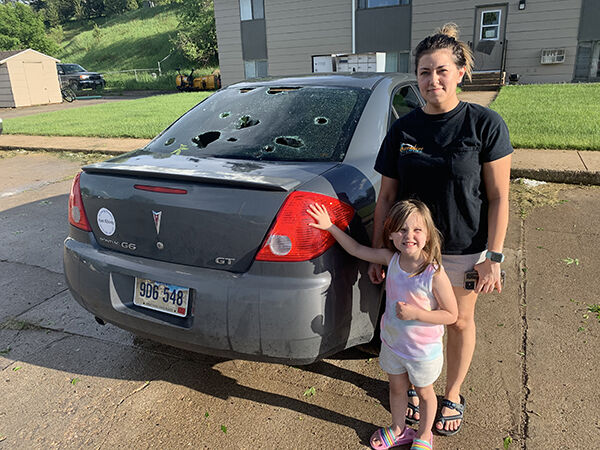 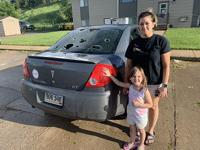 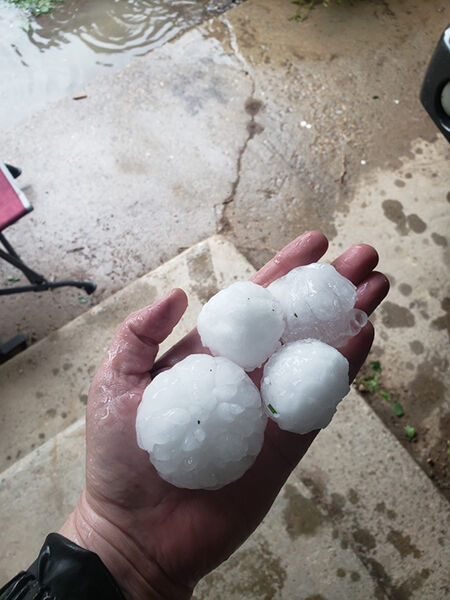 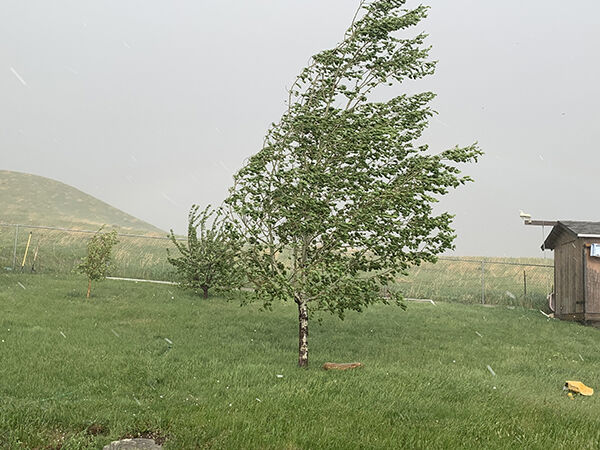 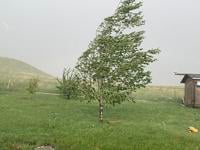 A tree blows in the storm. Pioneer photo by Mark Watson 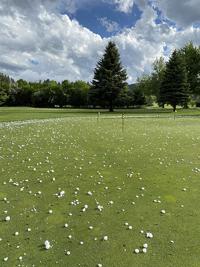 The Spearfish Canyon Golf Club course gets dents and divots from the hail. Good luck finding your ball. Photo courtesy of Madeira Lister

A storm rolls in over Spearfish. Pioneer photo by Lacey Peterson

A tree blows in the storm. Pioneer photo by Mark Watson

The Spearfish Canyon Golf Club course gets dents and divots from the hail. Good luck finding your ball. Photo courtesy of Madeira Lister

SPEARFISH — Courtnie Huber and her daughter Adalyn McLaughlin, 4, were in their Colorado Boulevard apartment when they saw Thursday’s storm barreling toward Spearfish.

“We were in the living room. We saw the storm coming in,” Huber said. “You couldn’t even see the (Lookout Mountain) anymore.”

By the time the 10-minute hailstorm was over, 10 holes had been punched through the back window of her car. Some holes were the size of tennis balls, others the size of grapefruit.

They were not alone as the storm left a trail of damage along the Interstate 90 cooridor from Spearfish to Rapid City.

“We’re kind of in the hail hell belt of the country out here,” said Stephen Trimarchi, with the National Weather Service in Rapid City.

Trimarchi and fellow meteorologists tracked the storm from its development in Montana. They watched it intensify in northeast Wyoming, and then unleash its devastation in South Dakota.

“It had been a pretty strong storm for a while before it hit the Black Hills,” he said.

The intensity of the storm didn’t lapse until it reached south central South Dakota. In its swath, it left a narrow band of shattered windows, punctured siding, and dented vehicles. Strong winds also ripped parts of roofs off.

On Evans Lane, a portion of the roof of a trailer home was ripped off and blown into the power lines knocking power out into the area.

According to the National Weather Service, hail ranging from tennis ball to baseball size was observed from near Spearfish to portions of Rapid City, with hail larger than baseballs observed south of Faith.

Winds more than 70 miles per hour damaged structures northwest of Spearfish and north of Ellsworth Air Force Base.

The National Weather Service reported hail measuring 2.75 inches in the Piedmont area and 2.50 inches at Black Hawk between 6:15 and 6:30 p.m.

The manicured fairways and greens at Spearfish Canyon Golf Club took a pounding. They looked as if they were a driving range with white balls littering the grass. The greens were left pocked with divots.

“We still have to assess everything,” General Manager Rob Kortan said in describing the damage. “Right now, we’re trying to put the golf course back together.”

Cleanup of debris, trees, and green work was indicated for Friday. Kortan said some greens received quite a bit of damage.

“It’s a process to try to get them smoothed back out, back in playing condition,” Kortan said.

Trimarchi said the storm was particularly intense because there was a lot of moisture in the atmosphere, there was atmospheric instability, and an upper-level disturbance.

“If all three come together, like yesterday, then you can get a lot of wind-driven hail,” he said.

Saturday, the area could see similar, if not more severe conditions, Trimarchi said.

“Tomorrow, a lot stronger disturbance will be coming across the region,”

With it, he said, will be even more moisture and more instability.

“The Hills eastward, in the afternoon and evening, there is a threat of large hail, wind, and even more of a tornado threat tomorrow.”