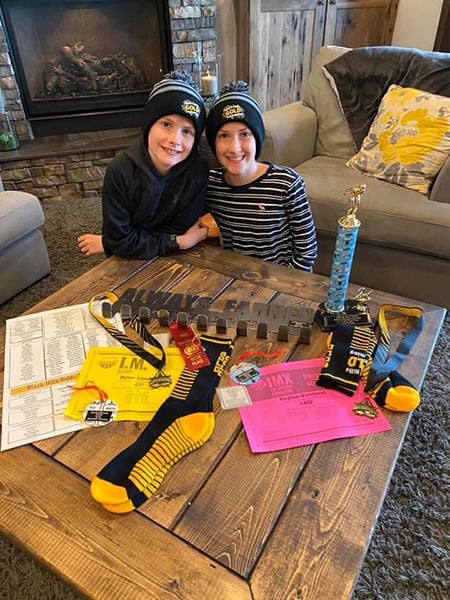 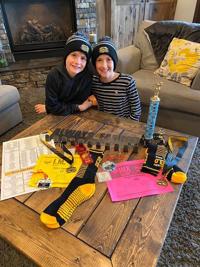 Peyton VanDeest and Rylan VanDeest display some of the awards they earned during the recent Black Hills Gold swimming season. Courtesy photo 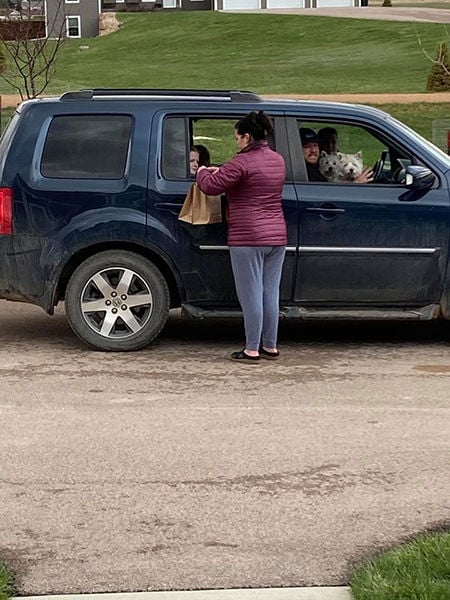 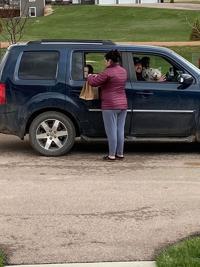 Coaches handed out awards to swimmers on a one-on-one basis. Courtesy photo

Peyton VanDeest and Rylan VanDeest display some of the awards they earned during the recent Black Hills Gold swimming season. Courtesy photo

Coaches handed out awards to swimmers on a one-on-one basis. Courtesy photo

Special to the Pioneer

Due to the COVID-19 pandemic and group restrictions, the banquet originally scheduled for April 2 was finally held in a drive-by format. Swimmers and their families received their awards from coaches one by one, with all receiving a poster with all the recipients of special awards listed.

“It, of course, wasn’t what we had planned nor wanted to do, but it was important to us that the swimmers were recognized for their accomplishments this season and were able to get their awards the best way we could think of while also observing social distancing restrictions,” head coach Brenda Hendricks said.

“Hopefully we will all be able to be together soon for a larger, more formal gathering, but it was still good to see all of our swimmers even if it was briefly and from afar. While we wish we could have seen the smiles in person, it was also fun to see the pictures parents posted of their swimmers opening their awards at home,” Hendricks added.

Athletes were recognized in many areas. They included those who dropped the most time throughout the season (Beat the Clock), Most Improved, Rookie of the Year, Coaches’ Choice, Spirit, meet participation, practice attendance, and the Black Hills Gold Letter for 7th – 12th graders.

Although all cannot be listed here, special recognition went to a number of swimmers.